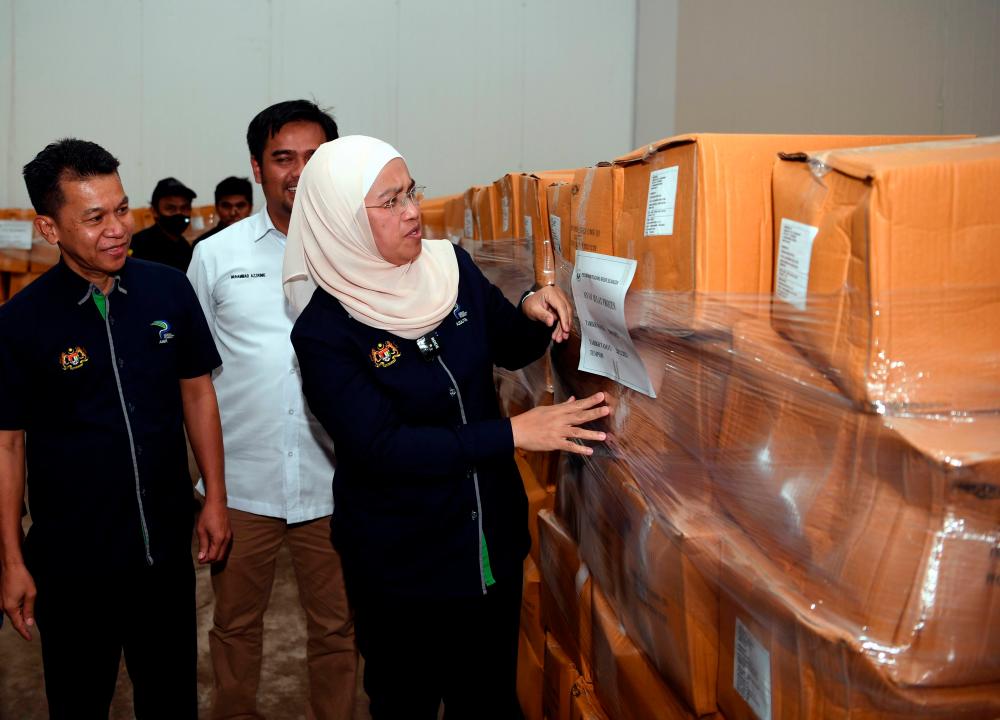 PORT KLANG: The implementation of the chicken buffer stock initiative by the Farmers’ Organisation Authority (LPP) is expected to be able to cover 20 per cent of the domestic supply through the importation of 4,536 tonnes of the protein source from Thailand in stages until the end of July.

LPP director-general Datuk Azulita Salim said the buffer stock could also be used to offset price fluctuations if there were areas in the country facing a shortage of chicken supply.

She said an allocation of RM50 million had been approved by the Cabinet for the implementation of the programme.

“All the chickens that enter the country through this programme are halal-certified and have obtained approval from the Department of Veterinary Services,” she said after inspecting the cold room facility of the Selangor State Farmers’ Organisation (PPN), today.

She said for a start, six containers - each containing 20 to 21 tonnes of chicken - would be imported from Thailand by Selangor PPN and the National Farmers Organisation (Nafas).

“Each of the imported chicken weighs between 1.7 and 2 kg to ensure its reaches the required weight of 1.8 kg,” she said.