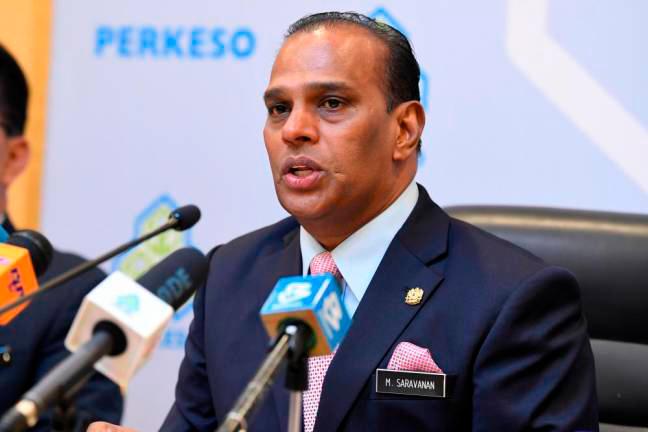 “Under Act 4, Socso provides coverage to employees who suffer accidents while working or while travelling to and from work under the Employment Injury Scheme.

“As such, victims of the LRT train crash who contribute to Socso and are confirmed as Employment Injury Scheme cases qualify to receive benefits under the scheme,” he said in a media statement here today.

Saravanan said victims who are registered as self-employed and contribute to the Self-Employment Social Security Scheme under Act 789, can apply for Socso benefits if the accident occurred while they were conducting work activities or on their way to and from the workplace.

He said the benefits for those who qualify under both acts include free medical treatment at Socso panel clinics or government hospitals and clinics under the medical benefit.

In addition, Saravanan said those who were given sick leave certified by doctors will receive the Temporary Disability Benefit payment throughout the duration of their sick leave.

For those with serious injuries that result in permanent disabilities, they will receive the Permanent Disability Benefit and access to physical rehabilitation facilities, including prosthetics, orthortics and orthopedic equipment.

“Considering the situation of injured victims and those undergoing treatment, I urge their employers or family members to submit the benefit claims immediately at any nearby Socso office,” he said.

“I would like to take the opportunity to express my sincere sympathies to the victims and hope that everyone will recover soon,” he added.

Those with inquiries can contact the Sosco careline at 1-300-22-8000 or email perkeso@perkeso.gov.my.

In Monday’s crash, 47 passengers were seriously injured while 166 others sustained minor injuries. — Bernama