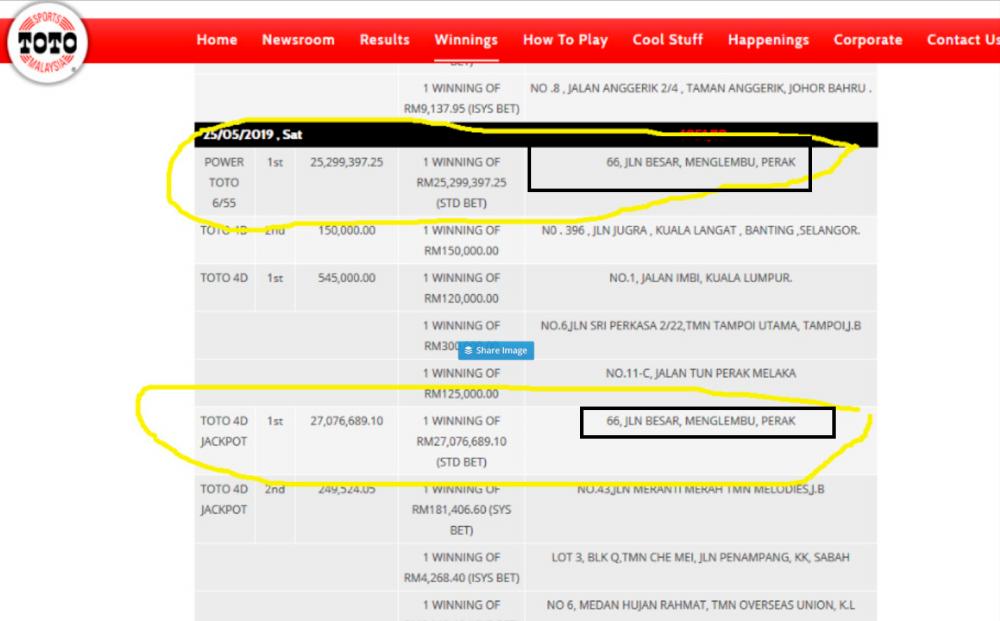 PETALING JAYA: Lady luck must have visited Jalan Besar, Menglembu in Perak recently as two punters who bought Toto tickets from an outlet there became multi-millionaires from Saturday’s draw.

One of the lucky duo won RM25 million in Sports Toto’s Power 6/55 game with a standard bet, while the other won RM27 million from the 4D Jackpot game.

When contacted, a Sports Toto spokesman confirmed that the tickets were bought from the same outlet, adding that more details will be revealed soon after the winners collect their prize money.

So far, there has been no record of two Toto game jackpots being won via tickets sold from the same outlet for the same draw.