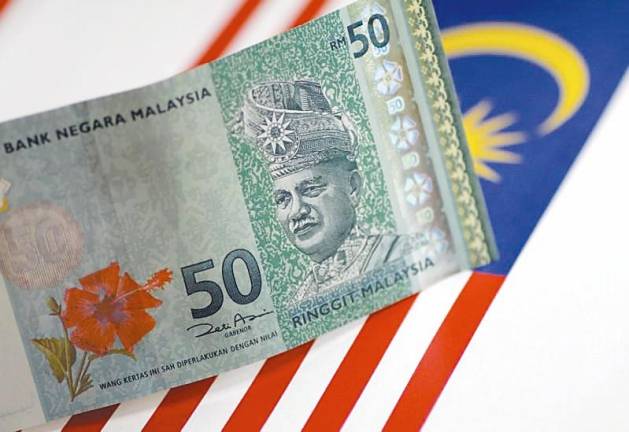 KUALA LUMPUR: The Malaysia-China Business Council (MCBC) hopes that the government will announce initiatives and incentives that will drive the country’s economic growth in the upcoming Budget 2020 on Oct 11.

Its director Datuk David Chua said it was important to ensure that domestic consumption remained as a driver of the gross domestic product (GDP) and the country’s economy, especially in today’s turbulent global economic market.

“One of the key things today is we want to generate growth and make the economy vibrant. This depends on the activities of the private sector as well as the role of the government.

“In an age of rapid economic growth (in the past), most of the sectors look good, in the manufacturing, infrastructure and so on, there is no major problem especially in employment opportunities,” he told Bernama.

However, he said, in times where the economy was experiencing a slight downturn or contraction as seen today, the government should review how the financial resources controlled by the banking sector could be distributed more equitably.

“We need to study how to channelled these financial resources to encourage sectors with growth potential.

He added that this situation can be clearly seen in the Klang Valley or in any other major cities across the country, where there is a very significant oversupply.

“The Budget 2020 is a very critical time in which we need to revitalize the potential of the small and medium enterprises (SMEs) and opportunities for lending to these sectors need to be increased,‘ he added.

Each financial institution he said need to comply with current requirements, although lending to these SME sectors posed a higher risk compared to other more stable sectors.

Chua said the government should look into establishing a priority landing guideline that would provide more equitable financial lending opportunities to the small and medium sectors, especially those with the potential to grow.

“For a country with a developing economy such as Malaysia, we cannot deny the importance of these sectors because while they can help to grow the economy, this sector also capable of generating many jobs,” he said.

Meanwhile, the Associated Chinese Chambers of Commerce and Industry of Malaysia’s (ACCCIM) secretary-general Datuk Low Kian Chuan hoped that the government would consider announcing measures and initiatives to enhance the export sector over the medium-term during the tabling of Budget 2020.

“While Malaysia has benefited from trade diversion in short-term, a long-drawn trade hostilities and failure to resolve full-blown trade differences and its negative spillover on the supply chain disruption covering several countries have dented business sentiment, slowing investment and trade.

“Ultimately, everyone will be a loser. Given that we are operating in a highly integrated and connected world supply chain and trading system, there are limitations for Malaysia to be completely sheltered from the spillover impact of intensified trade tensions,” he said.

He added that it was beyond Malaysia’s control unless both Washington and Beijing find a middle-path to resolve their complicated trade disputes.

Thus, the chamber has proposed that the government introduce measures and incentives to capitalise on a permanent reorientation of the global supply chains, relocation and shifting of production bases to Malaysia.

He also proposes for the government to provide attractive incentives such as three-tiered preferential tax rates based on certain criteria to entice conglomerates and multinational companies (MNCs) to establish their principal hub in Malaysia as well as regional shared service centres.

“The government also need to extend Reinvestment Allowance indefinitely as the industry needs to continuously invest in the latest and ever-evolving technology in order to stay relevant and be able to compete in the global market,” he added.

Additionally, he said there is a need to widen and deepen the trade relationships by actively participate in multi- and bi-lateral trade agreements with new markets such as Middle-east, Africa and the Asia Pacific.

Low hoped the government would also provide some form of export credit scheme to domestic SMEs during the Budget 2020, such as reducing import duties on raw materials and assisting in exploring new export markets. — Bernama