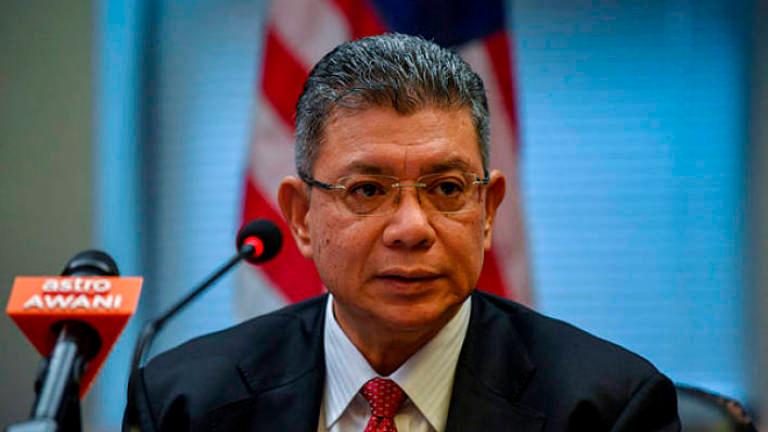 KUANTAN: The government is using foreign funds to cover the cost of skills training that will be given to Myanmar refugees, said Foreign Minister, Datuk Seri Saifuddin Abdullah(pix).

He said that the government will not use public funds in an effort to help the refugees obtain skills in this country.

According to him, the country has so far not been able to absorb Myanmar refugees in the employment sector because they do not have the required skills.

“Right now we have a shortage of foreign labour. Many restaurants, factories and the construction sector are experiencing labour shortages, but perhaps, employers are not willing to take them (refugees) because they don’t have basic skills.

“Thus, we are planning a skills training programme for certain people who want to work, but not using public funds, so we are thinking how the funds can be obtained...as Foreign Minister I also lobbied to get funds from other countries and international donors,” he said.

He said this at a press conference after the Young Voters Determine the Future of the Nation Forum, in conjunction with the Indera Mahkota parliamentary Youth Day 2022 here, today, which was also attended by the Malaysian Youth Council president, Izzat Afifi Abdul Hamid.

Commenting further, Saifuddin, who is also Indera Mahkota member of Parliament, said that thus far, Qatar is one of the countries that have contributed by channelling US$ 50 million, of which US $6 million has been spent on refugee health matters.

“I mention this so that Malaysians don’t get upset when the Foreign Minister talks about refugees in Malaysia and the need to provide them with opportunities for work and education. We have never used the public’s money, all of this is done from funds coming from outside using contributions from foreign countries,” he said.

Meanwhile, Saifuddin, who is also the chairman of Perikatan Nasional (PN) Pahang, when asked about the distribution of seats for the 15th General Election (GE15) in this state, said that the initial discussions with the PN coalition members stated to defend the seats that have been won by their respective parties.

“Bersatu will contest in one parliamentary seat it won, while PAS in eight state seats. Bersatu and Gerakan will not ask for the seats won by PAS. We will look at the focus seats and who is most suitable to contest.

“However, we are still looking at the appropriate formula, and the decision will be finalised at the PN Supreme Council level,” he explained.-Bernama