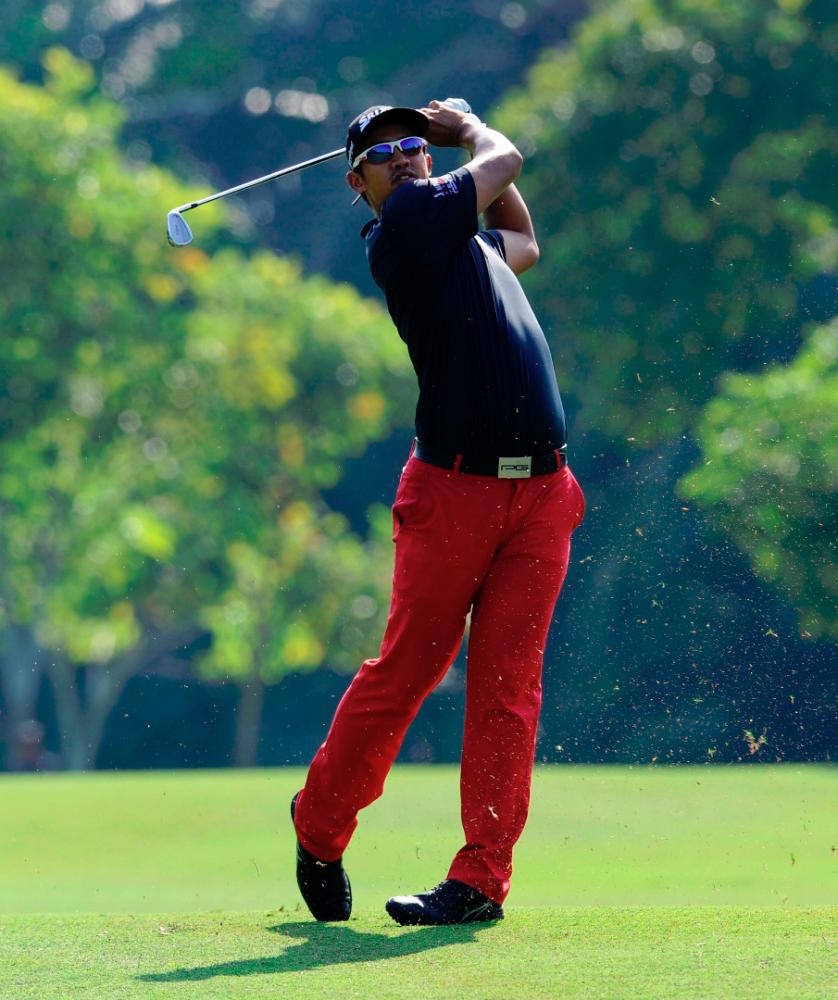 PETALING JAYA: Malaysian pro golfer Arie Irawan died of natural causes at his hotel in Sanya, China, today. He was taking part in the Sanya Championship, the second event of the 2019 PGA Tour Series-China season.

Aire, 28, had missed the 36-hole cut. PGA Tour officials have since cancelled the final round of the Sanya Championship, the tournament becoming a 54-hole event.

The PGA Tour and the China Golf Association have expressed grief over the death their playing member. They also extended their condolences with Arie’s wife, Marina Malek, and his parents, Ahmad Fauzi Ghazali and Jeny.

“When something of this magnitude occurs in the golf world, we all grieve at the same time,” they said in a statement, adding that the coroner’s report had not been completed.

Meanwhile, Youth and Sports Minister Syed Saddiq Abdul Rahman shared his condolences via his official Twitter account. He said he would discuss with the Ministry of Foreign Affairs on how to help Arie’s family with the funeral arrangements.

“May his soul rest in peace. I will try contact both MOFA and the family members,“ he said.

“It is with great sadness to announce the passing of PGAM member, Arie Irawan at his hotel of apparent natural causes. Arie was one of the rising stars in the Malaysian golfing scene and this loss will be felt by many,“ it said.

A golf event organiser, Patrick Ho said Arie was one of the friendliest pros that he had met.

“Malaysian golf has lost one of our finest professionals. A hardworking man that had his sight on golf’s big stage. He was always polite and greeted everyone he knew at tournaments. May he rest in peace,“ said Ho.

His victory at the PGM Sime Darby Harvard Championship on the Asian Development Tour in 2015 made Arie the highest-ranked Malaysian golfer in the world ranking.

Arie’s golf career was interrupted in 2016 when he was involved in an accident on a moped and was subsequently sidelined for several months. He was ranked 1,366th in the world this week.