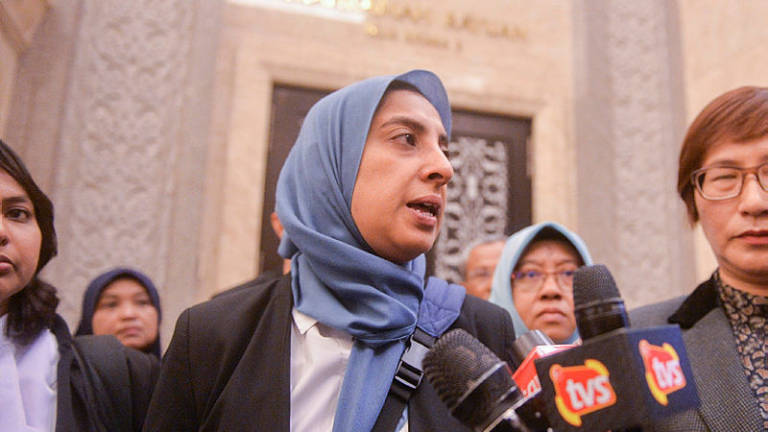 MACC chief commissioner Latheefa Koya said the anti-graft busters will look into all the reports received and act on it professionally.

“My statement is in response to media’s query on (Datuk) Lokman Noor Adam’s (Umno Supreme Council member) MACC report against a cabinet minister,“ she said in a statement today.

Latheefa said the investigation would be handled by her deputy (MACC deputy chief commissioner (Operation) Datuk Seri Azam Baki) and his team.

“I will not be part of the investigation nor the decision maker in the probe,“ she said.

Lokman had lodged the MACC report based on bank documents that have been circulated online.

The documents purportedly showed money paid by a government-linked company to the minister’s purported overseas bank account in 2017, prior to him joining the government.

Meanwhile, Inspector-General of Police Datuk Seri Abdul Hamid Bador said today a video that surfaced on Monday allegedly depicting a cabinet minister and a deputy minister’s aide engaged in homosexual sex is the least of his concerns.

“It is the least of my priorities when it has to do with something like this,“ he said.

“If it was a serious offence, such as rape where there is an aggrieved party or a victim, we will need to conduct an intensive investigation.

“We will see which direction this case takes and if it warrants an investigation.

“Otherwise it is a waste of time.

“We do not know for sure if it is what it is deemed to be.

“Even if we do identify (those in the video), logically speaking, what they do is their own private matter.

“However, the person who uploaded the video is the main culprit,“ he said.

Abdul Hamid pointed out that same gender sex amounts to unnatural sex and is an offence.

He said the police will engage the assistance of the Malaysian Communications and Multimedia Commission in the course of investigations.