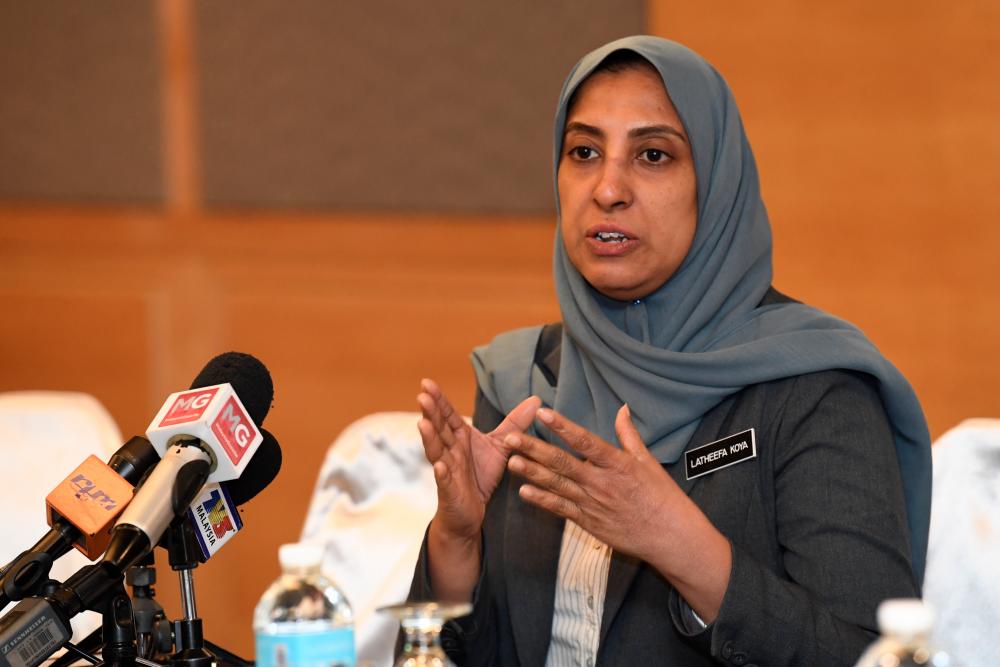 PETALING JAYA: The Malaysian Anti-Corruption Commission (MACC) will investigate if there has been embezzlement in the tender of fast interceptor crafts (FIC) for the Royal Malaysian Navy (RMN).

MACC chief commissioner Latheefa Koya said the outcome will be revealed to the public.

“We will investigate if there are reports concerning the case. You will all be told later,” she told reporters after delivering her keynote speech at the Business Ethics and Integrity: Expanding Business Through Ethical Practices” seminar, here today.

She was replying to questions from the media on claims made on the Whatsapp application that there had been fraud and abuse of power in the management of tenders for the supply of 18 FIC boats by the RMN.

Meanwhile, Latheefa said most commercial companies were prepared to abide by the new provisions of the Section 17A of the MACC Act 2009 which will be effective in June 2020.

She said the provisions were not only focused on corruption, but would also take those people who ordered the corrupt practice to court.

Section 17A of the MACC Act 2009 was passed by Parliament on April 5 last year and provides that where an offence is committed by a commercial organisation, the director, controller, officer, partner and persons managing its affairs at the time of commission of the offence is deemed to have committed the offence of failing to prevent corruption. - Bernama