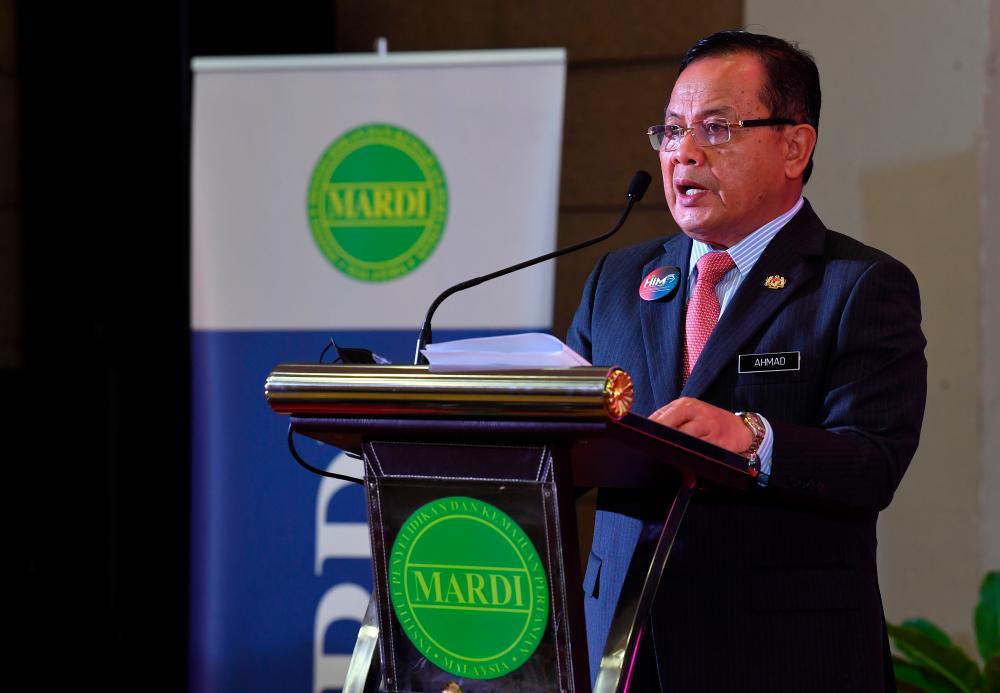 JASIN: The Ministry of Agriculture and Food Industries (MAFI) has allocated about RM10 million to implement the Urban Farming programme at 1,430 locations nationwide next year.

MAFI deputy minister I Datuk Seri Ahmad Hamzah (pix) said the programme is expected to benefit 13,075 individuals, who would be given an urban agricultural kit worth RM300 each.

He said the participants are expected to produce 2,200 tonnes of vegetables through the initiative, which is aimed at reducing the cost of living and address the rising prices of goods.

“The Urban Farming Programme is gaining popularity and has been expanded in stages to the rural areas.

“It not only helps to improve the socio-economic aspect of the local community, ’but also supports the food supply of the urban and rural residents,” he told reporters at the presentation of the Urban Agriculture Kit by the Melaka Agriculture Department here today.

A total of 270 urban farming kits were presented to participants from the Merlimau and Serkam state constituencies.

Ahmad said, based on the research by the Malaysian Agricultural Research and Development Institute (MARDI), household expenditure could be reduced by an average of RM66 per monthif people grow their own vegetables.

Hence, he said, implementing the programme would be in tandem with efforts to help the B40 group and ensure no Malaysian Families were affected due to the rapid urbanisation process.