MAFI distributes 120 tonnes of seized agricultural items as of August 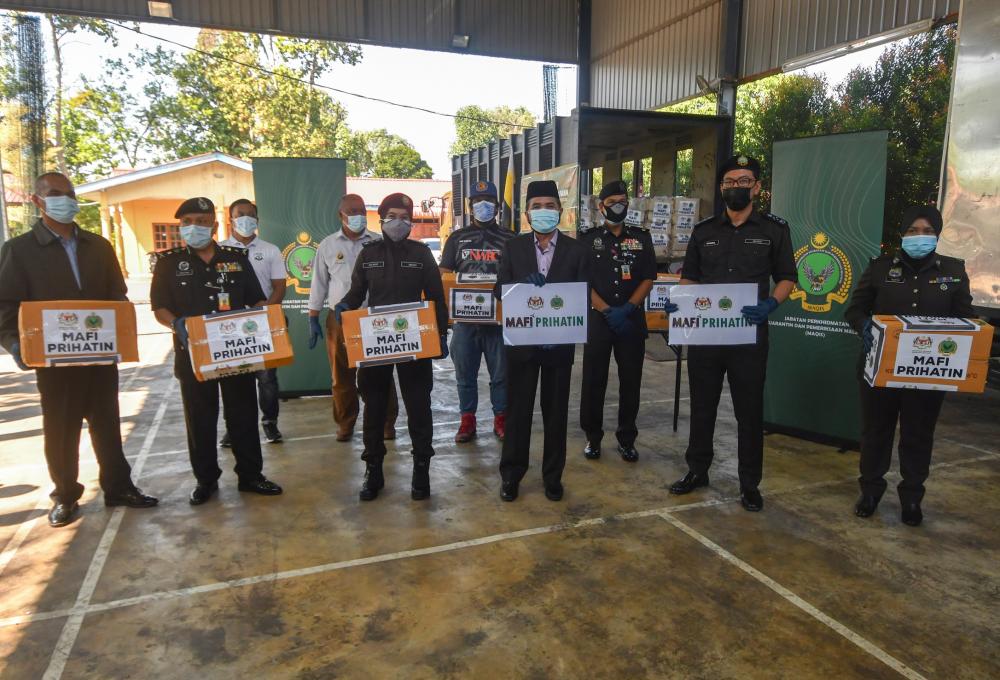 PASIR MAS: The Ministry of Agriculture and Food Industries (MAFI) has contributed 120 tonnes of seized imported agricultural products worth RM2.1 million as animal feed to departments and agencies from January to August.

“All the products seized were imported agricultural items which have undergone the legal process and had been stripped of ownership for violations,”he said.

He was speaking at a media conference after an Animal Food Supply Handover Programme at Kelantan MAQIS Office, Rantau Panjang here, today.

Commenting on the programme, Nik Zawawi said 11 tonnes of animal products such frozen chicken, frozen meat and various sausages worth RM87,000 were distributed to the departments and agencies needing such items.

“It was to ensure the supply of animal food to the Taiping Zoo and NWRC are adequate.

“The contributions are also used as raw materials to be turned into catfish feed under a convict rehabilitation programme at the Malaysian Prisons Department,” he said.

He said MAFI through MAQIS would continue to be committed and firm in conducting enforcement against agricultural product imports especially involving chicken and meat. — Bernama

Pandemic ‘far from finished’ -WHO

2.Supply Bill 2022 to be tabled for first reading in Dewan Rakyat today

5.Pandemic ‘far from finished’ -WHO