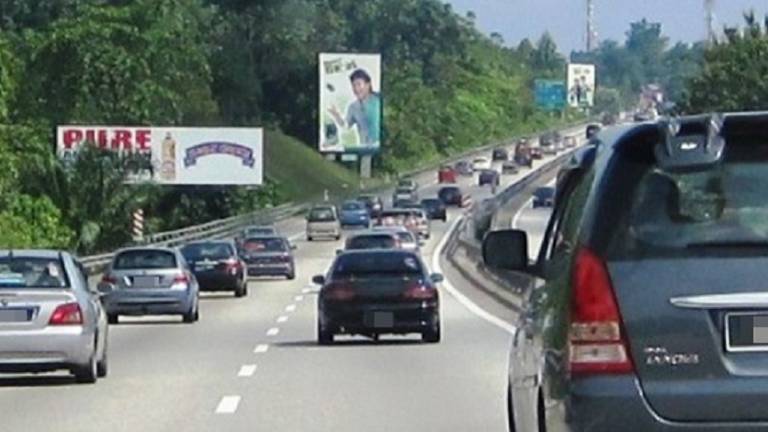 PUTRAJAYA: The government’s acquisition of the four tolled highways in the Klang Valley will take place but the Cabinet will decide on a new date after deliberating on the matter, said Prime Minister Tun Dr Mahathir Mohamad,

“The Finance Ministry seems convinced it can be done. Our problem is that we don’t have the money,“ he told a press conference after attending a roundtable dialogue with the International Chamber of Commerce today.

“The Finance Minister (Lim Guan Eng) says by charging during peak hours, they can raise enough funds to pay for the acquisition of these highways. We have to see whether that will be enough or not.

“In any case, we have decided there will be a time when we will implement,“ he said.

Mahathir denied the postponement was because it did not receive the approval of the Cabinet.

“The Cabinet was told about this (takeover) plan by Lim, and we have not said no. It is the date of implementation that is going to be decided by the Cabinet,“ he added.

Singapore’s Straits Times had on Wednesday reported that the Finance Ministry’s proposal to take over the four highway toll concessions for RM6.2 billion from Gamuda Bhd had been put on hold for re-examination of the offered price.

It quoted government sources as saying that the government, including Cabinet members, believed the offer was excessive and the projected revenue with the introduction of a congestion charge might not be enough to fund the acquisition.

Lim had in June announced that a congestion charge would be introduced on Jan 1 once the takeover of the tolled highways were completed.

On a report that the government has made a U-turn in its stand to compel Lynas Corp Ltd to export its toxic radioactive waste from the country as a condition for its licence renewal, in return the company builds a permanent disposal facility, Mahathir said the Cabinet was still waiting for a proposal from Lynas.

“We are have certain conditions for Lynas to deal with their waste. We are waiting for them to tell us how they are going to do that, whether they find their own place and if they can deposit the waste or not,“ he said.

1.All private kindergartens registered with MOE can resume operations: MOE

4.Kelantan expected to move to phase three of PPN end of this month: Dr Zaini