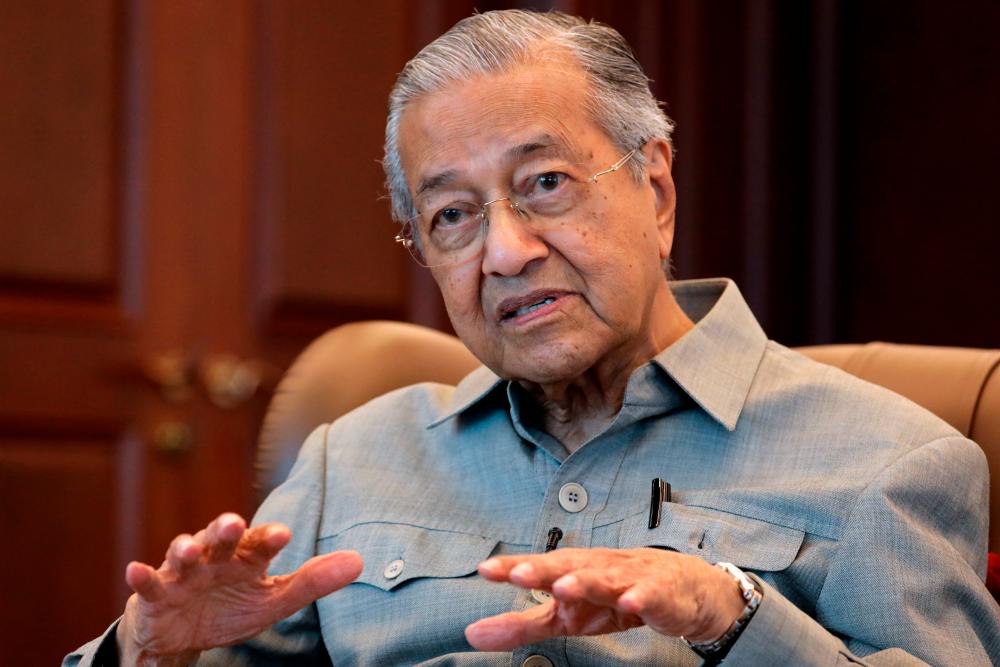 PETALING JAYA: Despite their differences, Tun Dr Mahathir Mohamad (pix) has some nice things to say about the Perikatan Nasional (PN) administration when it comes to the handling of the Covid-19 pandemic.

The former premier said he was particularly happy that the government had chosen to leave politicians out of the limelight, and instead let true professionals “run the show”.

“I’m very glad to see that this government has allowed professionals to fight the Covid-19 virus,” he said in a live YouTube session with Creative Cloud Community today.

“Had it been politicians, we would have been in grave trouble. Just look at how (US President) Donald Trump is handling the situation. Thousands have died.

“I think this is a time when politicians should take the advice of professionals or just let them handle it.”

While Mahathir did not mention any names, health director-general Datuk Seri Dr Noor Hisham Abdullah has been commonly cited for his handling of the current crisis.

He has even been recognised by a Chinese TV station – China Global TV Network – to be among the world’s three leading doctors in the fight to curb the spread of the virus.

Apart from Noor Hisham, various government agencies on the frontline such as police, military and health practitioners have also been actively involved in the battle.

These agencies are also meeting daily to provide updates to the government.

In fact, Senior Minister Datuk Seri Ismail Sabri Yaakob appears to be the only politician who has been regularly featured in the media, communicating with the the public on the latest updates.

Even Prime Minister Tan Sri Muhyiddin Yassin has only made occasional appearances “live” on television to address Malaysians on special occasions or if there are any major updates on the movement control order (MCO).

Mahathir said the government also did well to impose the MCO at an early stage, which he said was very essential to keep numbers down.

On how the government could further assist the people, he said it could provide vouchers to purchase daily necessities.

“Some of us are able to buy goods, but others can’t because they are jobless. So the government can give vouchers, instead of money which can be abused by some people to buy drugs and cigarettes.”

Mahathir added, this in turn, would help stimulate the market and keep smaller businesses afloat, as there would be cash flow.

4.Dr M: Giving posts with ministerial status to those not in govt a form of bribery