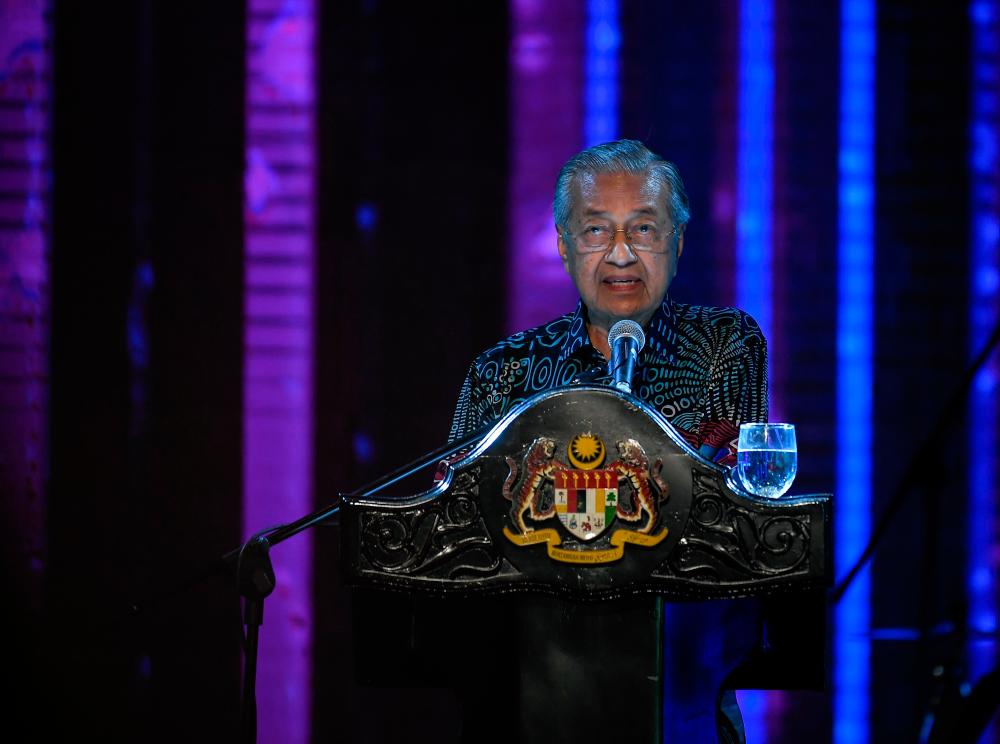 KUALA LUMPUR: Tun Dr Mahathir Mohamad (pix) hopes that the year 2020 will bring greater happiness and prosperity to all in the country, leaving behind 2019 with a host of bitter and sweet memories.

The prime minister said although there were concerns that something unexpected and potentially devastating could occur, Malaysians must be confident that the efforts in 2019 would be able to bear fruit next year.

“The Government recognises that throughout 2019, there were several issues which caused dissatisfaction among the people, and we will acknowledge and respond to these voices, and efforts to develop the country will continue and remain one of the responsibilities borne by the government of the day,“ he said in his speech at the launch of Ambang 2020 @ Kuala Lumpur celebration and the launch of the Visit Malaysia 2020 (VM2020) at Dataran Merdeka, last night.

Mahathir said the year 2020 was a significant milestone for him, as he himself had launched Vision 2020 almost three decades ago, with the aim of the country becoming a developed nation.

“However, due to several approaches taken by the fifth and sixth heads of government (prime ministers), the vision was not achieved this year, and we need to extend it another 10 years,“ he said.

Mahathir said the country’s new blueprint, namely Shared Prosperity Vision 2030 (SPV2030) would help the country achieve what it hoped for 2020, by the year 2030.

However, he said the vision could only be achieved if efforts start immediately, and if the people welcomed and put into practice the initiatives introduced by the government.

Speaking in front of about 80,000 people, Mahathir said that New Year’s resolutions do not have to be anything hard or complicated.

“It is enough that we are determined to work harder to ensure our own success, as the success of each and everyone will contribute to the nation’s success.

“At the same time, the success of the country will continue to benefit each one of us,“ he said. — Bernama