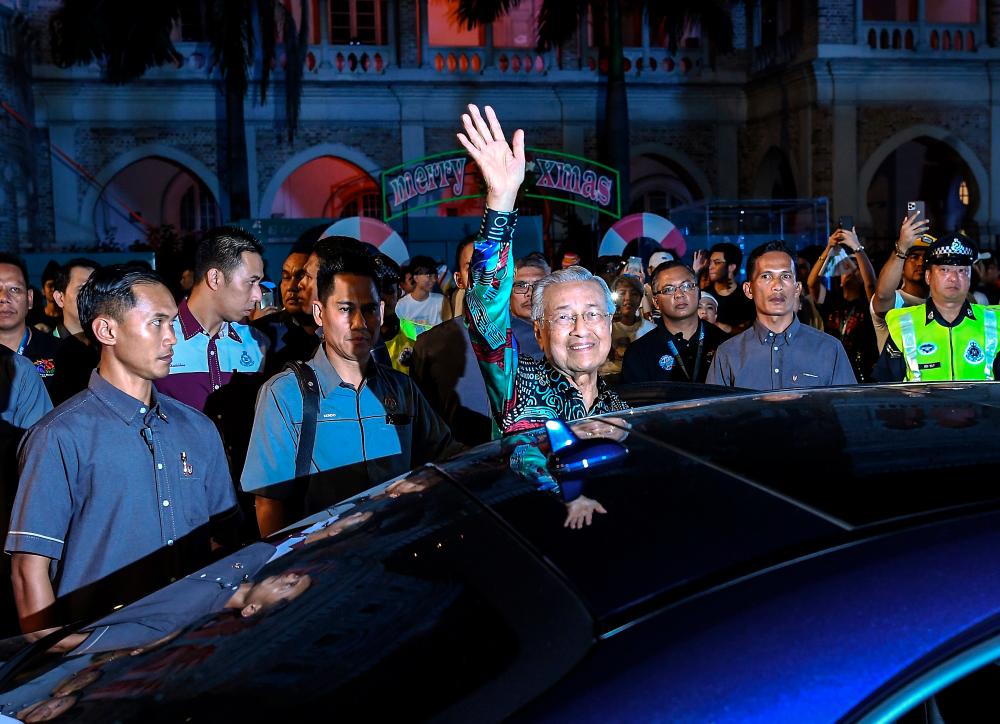 Lampu 2019, which came to a close last night in conjunction with the New Year 2020 countdown and launch of Putrajaya’s silver jubilee celebration, saw the projection mapping presentation involving the beaming of colourful lights with certain motifs on the facade of the Palace of Justice.

The presentation among others traced Malaysia’s success in the aspects of development, infrastructure and sports and was interspersed with the song “Ekor Harimau Sejati”, which was frequently sung by “Ultras Malaya” fans when supporting the national football team.

Lampu, which began last Saturday, was into its seventh edition with the theme Beautiful Malaysia highlighting the ethnic and cultural diversity in Malaysia.

Apart from the projection mapping presentation on the facade of the Palace of Justice, the festival also featured several new attractions including ‘Planetarium 360’.

The presentation was followed by the launch gimmick for the federal administrative centre’s 25th anniversary celebration by Mahathir, before it ended with a short speech by the prime minister.

Mahathir and Dr Siti Hasmah then left for Dataran Merdeka in Kuala Lumpur to attend the New Year countdown. — Bernama