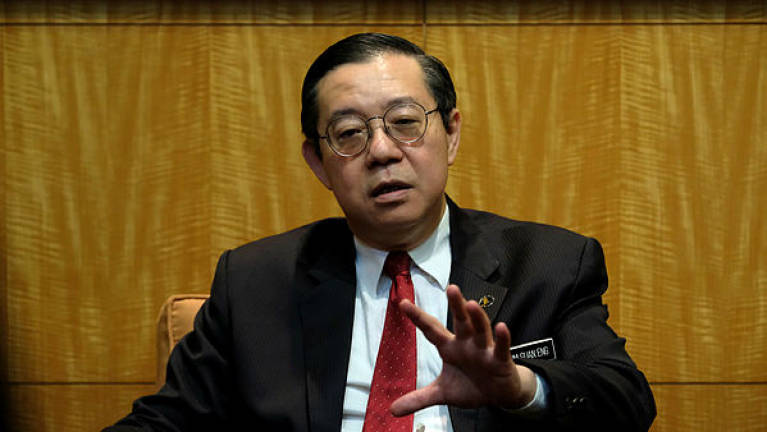 PETALING JAYA: It appears that Datuk Seri Anwar Ibrahim’s nomination as the prime minister by Pakatan Harapan (PH) MPs came after Tun Dr Mahathir Mohamad’s refused to lead the coalition as the premier.

This is according to DAP secretary-general Lim Guan Eng (pix), who said the matter was relayed to him by the elder statesman himself during a meeting earlier this week.

He said Mahathir had also refused to fulfil PH’s manifesto any longer, despite it being the coalition’s guide in governing the nation.

“PH is a governing coalition comprising PKR, Parti Amanah Negara, DAP and Parti Pribumi Bersatu Malaysia that won the mandate of the rakyat in the 2018 General Election based on the PH manifesto.

“The four parties may have different ideology and aspirations, but we make common ground and are bound by the manifesto agreed to by all.

“At my meeting on Feb 25, 2020 in the Prime Minister’s Office, Mahathir refused to remain as PH’s prime minister and refused to commit to fulfil and deliver PH’s manifesto,” he said in a statement today.

Lim added that during its short tenure, the PH government had worked hard to fulfil and deliver on the manifesto promises progressively, including reducing toll rates, abolishing the Goods and Services Tax and saving billion of ringgit on mega projects.

His statement comes a day after PKR president Datuk Seri Anwar Ibrahim announced that all 92 PH MPs have nominated his name to the Yang di-Pertuan Agong for the premiership.

Anwar had said that the decision was made after Mahathir refused to attend a PH presidential council meeting to discuss the coalition’s way forward just a day earlier.

Separately, Mahathir had yesterday addressed the nation saying he would try to establish an administration that does not favour any party and that only the country’s interests would be prioritised.

1.Price hike of goods in Melaka due to middlemen — Melaka exco

2.First 100 days a catalyst for govt to provide best service

5.Carrick has enjoyed his hasty challenge at Man United