Malaysia a true entrepreneurial nation by 2030 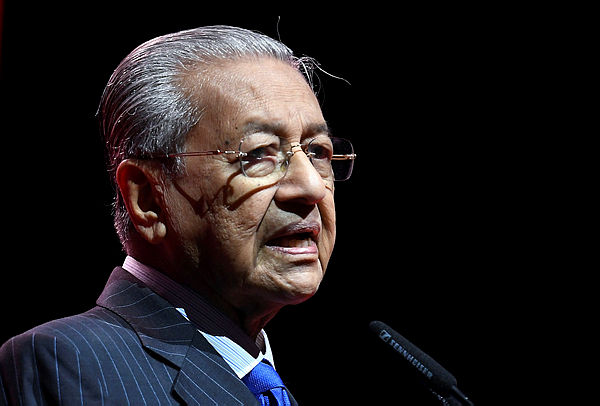 KUALA LUMPUR: Tun Dr Mahathir Mohamad said the implementation of the National Entrepreneurship Policy should be able to turn Malaysia into a true entrepreneurial nation by 2030.

In his speech at the launch of the policy, which underlines five objectives and six core elements, the prime minister also expressed hope that it would become the nucleus and catalyst to drive a culture of entrepreneurship in the country.

“For that, each ministry and implementing agency involved in entrepreneur development should move as a team in the implementation of the policy,” he said at the launching ceremony of the policy at the Kuala Lumpur Convention Centre here today.

Dr Mahathir also stressed that after having such a holistic policy, the Entrepreneur Development Ministry should focus on building an inclusive entrepreneurship ecosystem.

The prime minister said the policy was formulated in line with the attention that needs to be given to domestic direct investment (DDI), as well as foreign direct investment (FDI) in Malaysia as preparations to face any possibility that could affect the country’s economic growth.

The objectives of the National Entrepreneurship Policy, among others, is to create a holistic and conducive entrepreneurial ecosystem to support an inclusive, balanced and sustainable economic development agenda.

It also aims to increase the number of qualified, viable, resilient entrepreneurs and enhance the capabilities of local entrepreneurs, as well as the small and medium industries.

Among the core elements identified to spearhead the efforts are the inculcation of entrepreneurship culture, the focus on innovation-driven enterprises and the empowerment of micro, small and medium enterprises.

Meanwhile, Dr Mahathir said figures and forecasts, including by the International Monetary Fund (IMF), showed that the government was capable of further boosting the country’s economy.

He noted that even the latest IMF-World Economic Outlook 2019 report had provided a very positive projection for Malaysia with Gross Domestic Product (GDP) and per capita income forecasted to increase.

“Based on the current valuation. Malaysia is capable of achieving the status of the high-income economy by 2021 or 2022,” said Dr Mahathir, who also said that despite the uncertainty caused by the current trade wars, Malaysia is still able to attract foreign investments.

For the first quarter of 2019, the FDI in Malaysia has reached RM21.7 billion compared to RM11.2 billion for the same period last year, he said.

“The figures and forecasts show our capability to boost our economy, but we have to be careful and prepared for any possibility of a growth-deteriorating situation,” he said.

Dr Mahathir also emphasised that Malaysia could continue giving focus to the economy based on the principle of shared prosperity.

He said it would be done by increasing the people’s purchasing power and reducing the income and wealth gap between class, community, territory and extreme supply chain.

“We want to see the country develops rapidly and prosperously, but the development should not be evaluated through GDP figures alone. This development and wealth should be more justly distributed so that the people from all walks of life can feel it,” Dr Mahathir said.

The prime minister said the strategies of the National Entrepreneurship Policy have also been seen in line with and capable of helping to fulfil and achieve the government’s concept of shared prosperity.

Meanwhile, Dr Mahathir also provided a reason why the government focused on entrepreneurship development and small and medium enterprises.

“It is not just about raising the people’s economic status, but also a strategy and initiative to bring the country out of the middle-income trap,” he explained. — Bernama

Business operators send SOS for those in negative list

5.Business operators send SOS for those in negative list