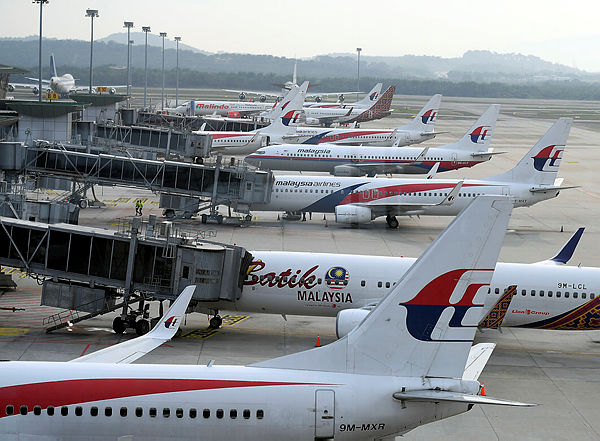 SEPANG: Malaysia Airports Holdings Berhad has mobilised about 1,000 staff to assist airlines and air passengers as it went into overdrive to get the disrupted systems at the KL International Airport (KLIA) and klia2 up and running again.

It has advised passengers to arrive at the airport at least four hours before their scheduled flight departure time.

The systems disruption since Wednesday night has affected key functions such as the WiFi connection, flight information display system, check-in counters and the baggage handling system.

Malaysia Airports also said that all 38 remote bays at the KLIA main terminal have been utilised to cater to aircraft that are not able to proceed to the scheduled gates because they are still being occupied.

Additional buses as well as ground handling services have been provided for the airlines in order to ferry passengers to the remote bays from the terminal and vice versa.

“We also extended the operating hours at all our other airports nationwide last night in order to cater to the delayed departing flights from Kuala Lumpur,” it said. As at 10pm Thursday, 68 delayed flights were reported.

Malaysia Airports said it has also provided free parking for all passengers who parked at the KLIA main terminal (Blocks A, B, C and D) till 6am today as many arriving flights were delayed.

Meanwhile, Malaysia Airlines, in its Facebook page, said the systems disruption continued to affect all check-in and boarding processes, as well as baggage sorting.

“As a result, Malaysia Airlines is forced to process all flight transactions manually. Passengers are, therefore, urged to check-in via mobile or web to minimise queuing time and to arrive at the airport four hours prior to their departure time,“ it said.

The national carrier said it has deployed more than 100 volunteers under its MH Rangers programme to give a hand to airport staff handling check-in as well as boarding, and to assist passengers all over the airport.

The KLIA departure hall was congested today with passengers waiting for announcements on their flights.

One of these passengers was Fatin Afiqah Zaimi whose flight to Manila at 8am was rescheduled to 10am and there was no word after that.

“I thought the problem would have been resolved by early today. I was here at 5am and am frustrated for having to wait so long,” said the private-sector employee from Balakong, Selangor.

Aiman Amran, 29, a company manager from Banting, also in Selangor, said his holiday with 20 family members in Bandung, Indonesia, has yet to take-off.

“Our flight was scheduled for 12.05pm but was postponed to 4.15pm. We will miss several programmes on the itinerary,” he said. — Bernama