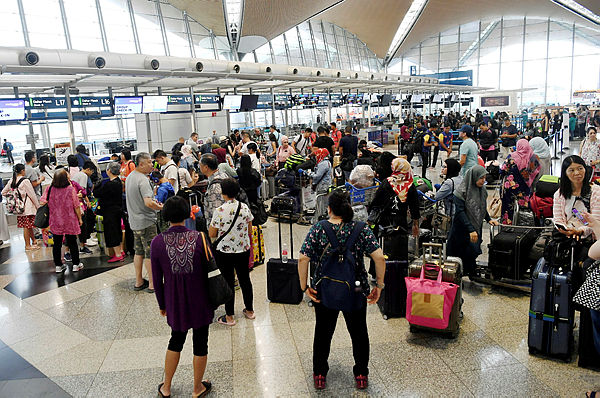 SEPANG: Malaysia Airports has lodged a police report over the recent systems disruption at the Kuala Lumpur International Airport (KLIA).

He said the investigation will be carried out under Section 427 of the Penal Code for mischief, which can be punished with imprisonment not less than one year and not more than five years, or with fine, or both, upon conviction.

Zulkifli, however, said no evidence was submitted with the police report.

Malaysia Airports Group CEO Raja Azmi Raja Nazuddin in a statement yesterday did not rule out the possibility that the recent network failure at the airport was caused by an act of malicious intent.

Last Friday, the airport operator had also said that it had identified network failure as the cause of the systems disruption at KLIA, causing flight delays, long queues and frustrated travellers, and had taken rectifying steps to replace the network equipment.

5.Decision on party election to be known next week - PAS VP