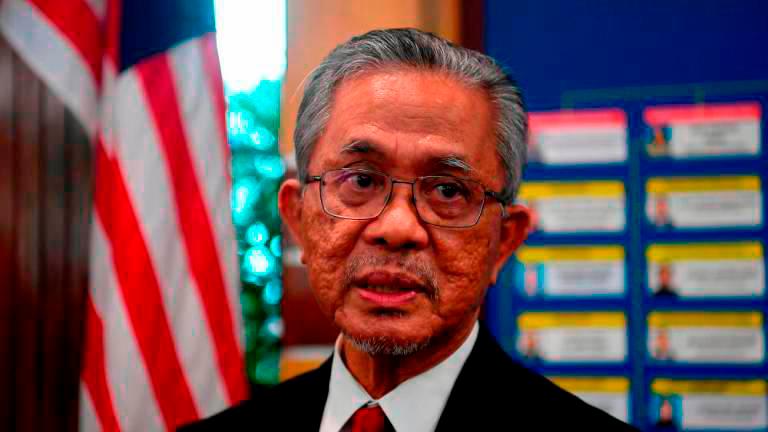 PUTRAJAYA: Malaysia has urged the Non-Aligned Movement (NAM) to work together to mitigate the impact of the Covid-19 pandemic.

Deputy Foreign Minister Datuk Kamarudin Jaffar (pix) when delivering Malaysia’s statement at the “Online NAM Mid-Term Ministerial Conference” via a pre-recorded video on Wednesday also called upon the movement to ensure ample supplies of vaccine to all member states.

Apart from Covid-19, Wisma Putra in a statement Thursday said Kamarudin also highlighted the current situation in Palestine, urging the movement to do all it can to put a stop to Israel’s violations towards the Palestinians and ensure the occupying power is held accountable for its crimes.

“He further called upon NAM member states to sign and accept the Treaty on the Prohibition of Nuclear Weapons (TPNW) which entered into force early this year,” the statement said.

The NAM Mid-Term Ministerial Conference is usually convened a year and a half after the last NAM Summit to, among others, to review developments and decisions of the preceding summit and discuss matters of urgency.

According to the statement, the conference this year gathered NAM member states to strengthen multilateral efforts in addressing global challenges such as the Covid-19 pandemic.

With the theme “NAM at the Centre of Multilateral Efforts in Responding to Global Challenges”, the conference was participated by NAM member states as well as observer states at the ministerial, deputy ministerial and ambassadorial level. It was chaired by Azerbaijan Deputy Foreign Affairs Minister Araz Azimov.

Wisma Putra said the conference adopted a Political Declaration that highlights the central role played by NAM in mobilising global efforts to address the negative consequences of the Covid-19 pandemic.

In addition, the declaration reaffirms the movement’s shared commitment to maintaining and promoting international and regional peace, security and stability, as well as to peaceful resolution of disputes.

It also welcomes Russia’s admission as an observer state of the movement, Wisma Putra said. — Bernama