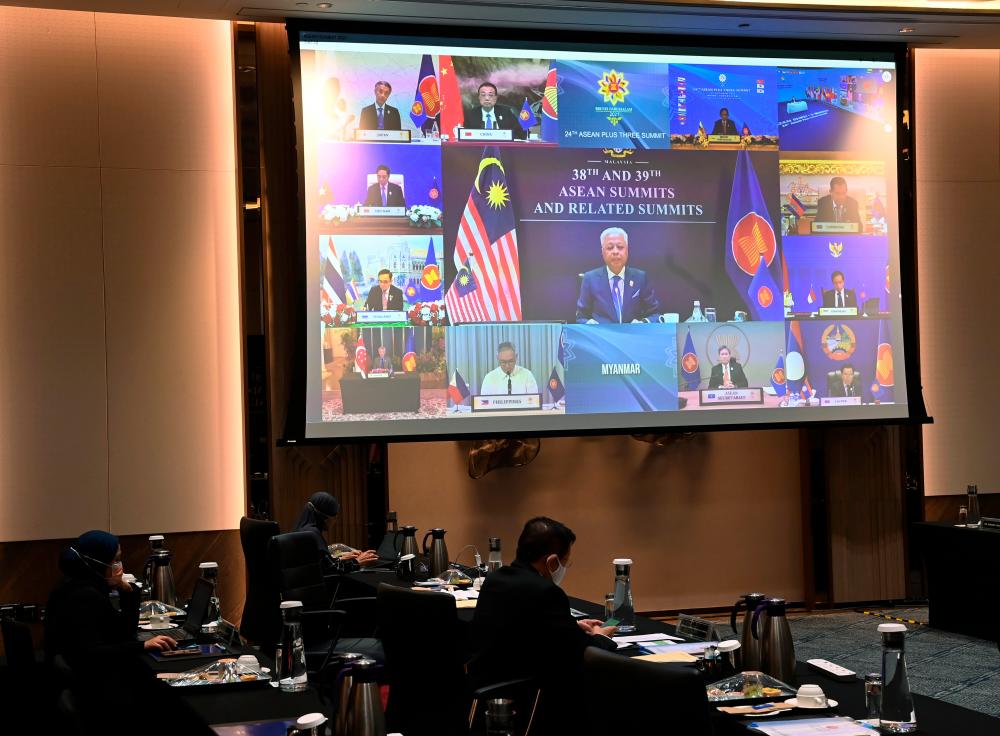 KUALA LUMPUR: Malaysia calls for proportionate responsibility sharing, particularly among signatory countries of the 1951 Refugee Convention, to uphold and stand committed to their international legal obligations by receiving more Rohingya refugees for resettlement or relocation.

Speaking in his intervention at the 16th East Asia Summit (EAS) held virtually Wednesday night, Prime Minister Datuk Seri Ismail Sabri Yaakob said 57 per cent of the total refugee population in Malaysia is made up of Rohingya.

Malaysia, although not being a party to the 1951 Convention Relating to the Status of Refugees and its 1967 Protocol, has been rendering assistance and protection to refugees on humanitarian grounds, including education and health.

“Malaysia believes that continued international support, politically and on the humanitarian front, will bring direct, positive impact to the Rohingya and the stability of this region,” he said at the virtual Summit.

The situation of the Rohingya in Myanmar has not improved and they remain subjected to various discrimination and violence.

The prime minister said Malaysia also urged Myanmar to continue with efforts in delivering its commitment to begin and ensure effective repatriation of Rohingya and protect the human rights of the returnees.

EAS, is being held at the sidelines of the three-day virtual 38th and 39th Asean Summits and Related Summits which began Tuesday under the chairmanship of Brunei.