Malaysia continues RTS project with a new cost of RM3.16b 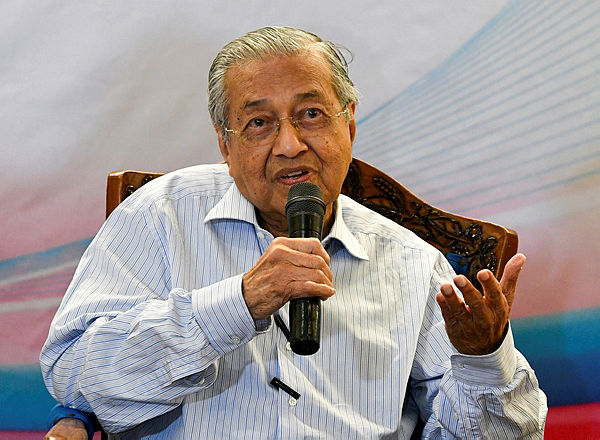 JOHOR BARU: Malaysia has agreed to continue with the Rapid Transit System (RTS) route with a new cost of RM3.16 billion.

Announcing the matter, Prime Minister Tun Dr Mahathir Mohamad said the latest cost resulted in a savings of 36% or RM1.77 billion compared with the original cost of RM4.93 billion.

“We will go ahead with the project and solve a little bit on the issue of traffic congestion.

“Details of the project would be discussed with the Singapore government,” said Mahathir at a media conference, here today.

On Oct 18, the Malaysian Transport Ministry had received cabinet approval to continue with the RTS route project with changes to the structure, scope and specification of the route.

With the announcement to proceed with the RTS project, it proved Malaysia’s commitment with Singapore, said Dr Mahathir.

“We will stick to our promise. (The RTS project) was temporarily postponed, now we are ready and we will build (RTS).

“The story saying that we want to postpone for another six months ... that is the story by the newspapers,” the Prime Minister said.

Meanwhile, in a separate media conference, Loke said an important element in the RTS project structure which had been reviewed by his staff was the involvement of the developer or landowner of Bukit Chagar to finance and enable the project to proceed with the land cost being exempted.

“Merged with the construction cost and optimised rail system, the government managed to achieve significant savings thus enabling it to be financially viable,” he added.

He said that for implementation of the project, Prasarana Malaysia Bhd (PMB) would continue to remain as the Malaysian representative in the joint-venture company operating the train (JV OpCo) and also given the mandate to discuss with the company operating the Singapore railway, SMRT to finalise terms in the Joint Venture Agreement.

Meanwhile, on the question of when both parties would sign the new agreement so that construction work on the project could be initiated immediately, Loke said it was expected to be done early next year.

“We can’t expect that we make a decision today, we can go in tomorrow.

”One is the joint venture agreement and also the construction agreement between Prasarana and SMRT (the operating company for the Singapore train). So all together, there are three agreements that we need to sign with the Singapore government including the amended bilateral agreement,” he added. — Bernama