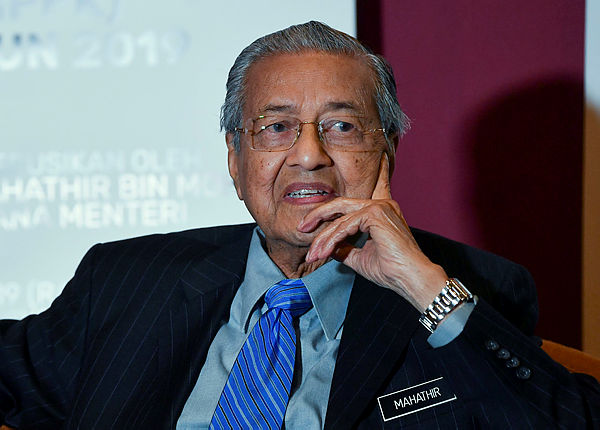 In fact, Malaysia was also threatened that its banks abroad would be closed should it fail to do so, he said, without naming the parties involved.

“Our ties with Iran is good, but we face some very strong pressures from certain quarters, which you may guess.

“We are forced to do it because, if we don’t, they will close our banks abroad.

“This is the kind of bullying by very powerful people,” he said in response to the report that banks in Malaysia are closing the accounts of Iranian individuals and companies.

When asked how the Iranians in Malaysia were going to move around after their bank accounts were closed, Mahathir said the purpose of the action was to make it difficult for them.

“We are not helping (in closing the bank accounts), we are forced to do it,” he said.

On today’s meeting, Mahathir said some students had raised brilliant proposals not only for the Education Ministry but also for other ministries to improve the government’s delivery system.

“They (students) were concerned about the issues of mental health and about places where people can walk around with a lot of trees and greens.

“They were also interested in the value system of our students and our people to ensure that Malaysians will continue to be known not only fo being well-educated, but also for their good character,“ he said. — Bernama