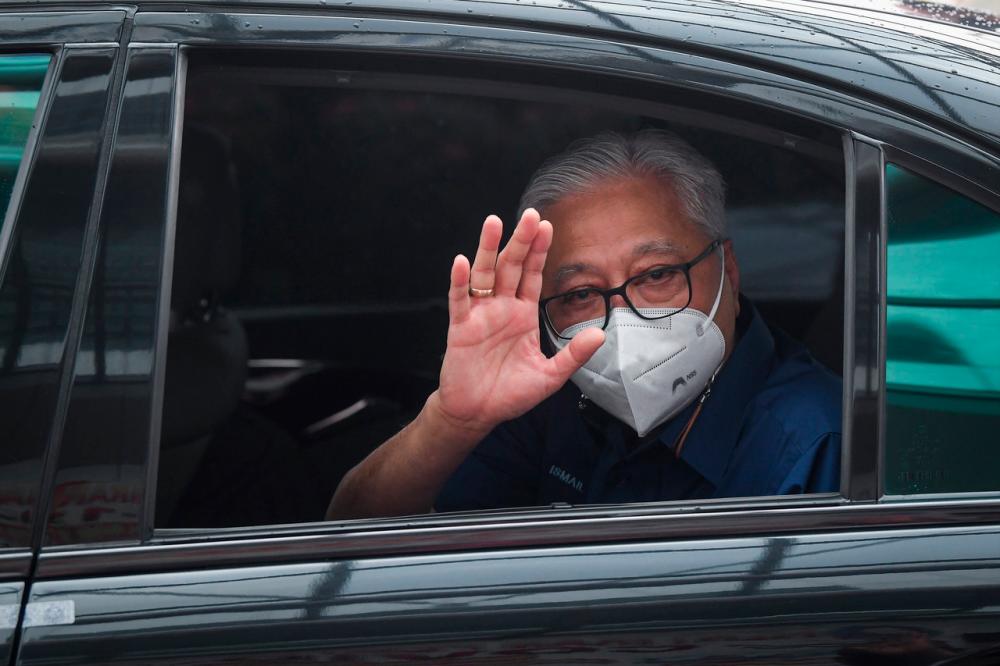 KUALA LUMPUR: Malaysia fully supports the decision made by the Asean Chair, Brunei, on the issue of representation from Myanmar at the 38th and 39th Asean Summit and Related Summits, said Prime Minister Datuk Seri Ismail Sabri Yaakob.

In his intervention at the 38th Asean Summit held via virtual conference on Tuesday, he said Malaysia’s position on this issue was not arrived at lightly and was made after careful consideration and out of the necessity to preserve the credibility and integrity of Asean.

“As Member States are aware, Malaysia was a strong advocate and worked very hard to bring Myanmar into Asean. As such, Malaysia is deeply saddened by recent developments.

“Myanmar remains a valued member of the Asean family. Malaysia looks forward to the return to democracy in Myanmar and participation of Myanmar at the highest level in future summits,“ he said.

During the Asean foreign ministers’ online meeting on Oct 15, the regional block took a bold step to exclude Myanmar’s junta from the summits.

The grouping’s decision was prompted by the insufficient progress in the implementation of the Five-Point Consensus by Myanmar as well as concerns over Myanmar’s commitment, in particular on establishing constructive dialogue among all concerned parties.

Since the elected government of Aung San Suu Kyi was overthrown by the junta on Feb 1, there has been internal unrest in Myanmar with nearly 1,000 civilians killed by security forces.

During the 38th Asean Summit, Ismail Sabri also touched on the Covid-19 pandemic, urging Asean to enhance cooperation with like-minded countries and relevant international organisations towards ensuring that vaccines were affordable, accessible and equitably shared for all as well as prioritising engagement in health diplomacy through greater collaboration.

In moving towards post-pandemic recovery, he said it is also imperative that the regional grouping focus on the full implementation of the Asean Comprehensive Recovery Framework and the early operationalisation of the Asean Travel Corridor Arrangement Framework.

“On the latter, Malaysia looks forward to establishing travel bubbles with other Asean member states at the earliest opportunity,“ he said.

On the High Level Task Force (HLTF) on the Asean Community Post-2025 Vision, he highlighted several matters that should be taken into account when developing the document.

These include preparing Asean to be more agile in dealing with challenges and adapting to changes; identify measures to make way for Asean to work more efficiently and effectively with optimum utilisation of resources; and include opportunities derived from the experience and lessons from the pandemic.

Meanwhile, on the 39th Asean Summit, Ismail Sabri said Malaysia urged Myanmar to continue with efforts in delivering its commitment to begin and ensure effective repatriation of the refugees and protect the human rights of the returnees.

He said Malaysia hopes that the current situation in Myanmar will not have an adverse impact on the repatriation of displaced Rohingyas returning to Myanmar.

“Addressing the root causes of the Rohingya crisis remains important in pursuing a resolution to the crisis. The situation of the Rohingya in Myanmar does not seem to have improved and they remain subjected to various discrimination and violence,“ he said.

As a country directly impacted by the Rakhine State crisis, he said Malaysia will continue to support the ongoing efforts towards a safe, voluntary, dignified and sustainable return of displaced Rohingya to their place of origin in Rakhine State.

On the South China Sea, Ismail Sabri stressed that Malaysia firmly holds that matters relating to the issue must be resolved peacefully and constructively, in accordance with universally recognised principles of international law including the United Nations Convention on The Law of The Sea (UNCLOS).

“Malaysia reiterates its view that while international law guarantees the freedom of navigation, the increased presence of warships and vessels in the South China Sea has the potential to increase tensions, which may in turn, result in miscalculations that could have a detrimental effect on regional peace, stability and security,“ he said.

Ismail Sabri noted that the principle of Asean Centrality is vital when it comes to regional peace, stability and security, and for it to be fully effective, Asean must be united.

In this regard, he said Malaysia finds it regrettable that there was a lack of unity on issues that could impact regional peace, stability and security, namely the trilateral security pact comprising United States, United Kingdom and Australia (AUKUS) and Southeast Asia Nuclear Weapons Free Zone (SEANWFZ) Treaty.

“On the former, it is regrettable that Asean was unable to come up with a statement on the establishment of the trilateral security arrangement.

“I will not elaborate on Malaysia’s position regarding the partnership as it is already well known except that Malaysia will continue to uphold the principles in the SEANWFZ Treaty and Zone of Peace, Freedom and Neutrality declaration.

“On the latter, it is also regrettable that for the third consecutive time, Asean was able to only submit a procedural decision on the SEANWFZ Treaty to the current 76th session of the UN General Assembly,“ he said.

The Prime Minister said Malaysia also remains strongly committed to ratifying the Regional Comprehensive Economic Partnership (RCEP) by the end of this year as it will help expedite regional recovery as well as resilience. — Bernama