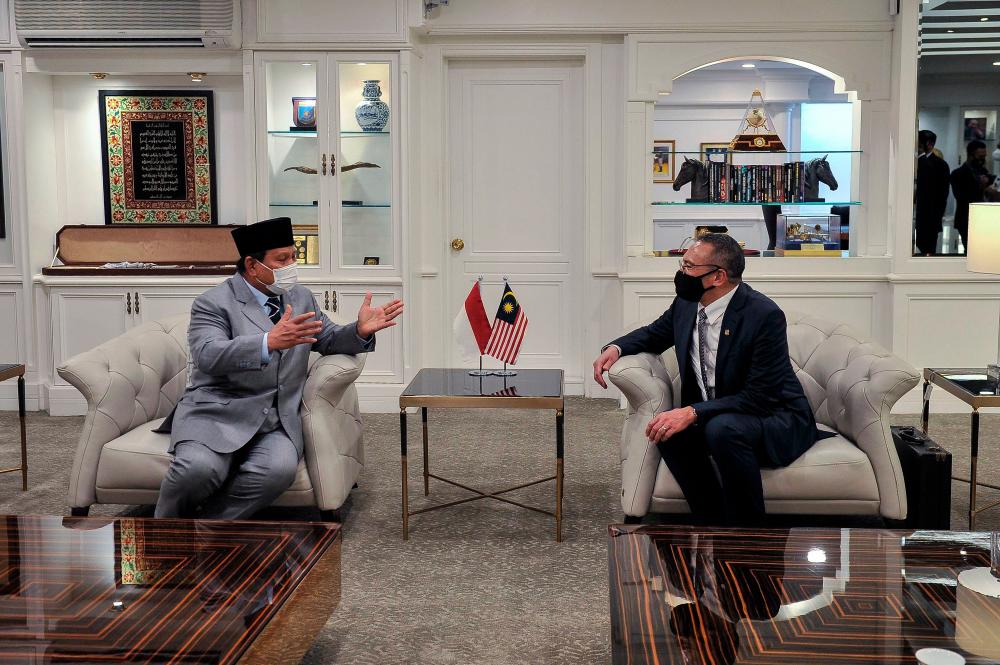 KUALA LUMPUR: Malaysia and Indonesia have agreed to further enhance cooperation between the Malaysian Armed Forces (MAF) and the Indonesian National Armed Forces (TNI) to strengthen security at the borders, particularly through combined posts.

He said Malaysia and Indonesia also agreed to continue joint exercises between the two countries’ armed forces, in an effort to address the terrorist threat, through the Malaysia-Indonesia land, sea and air joint exercise (LATGABMA MALINDO DARSASA) to be held next year in Malaysia.

“This joint exercise will involve the cooperation of the three branches of the armed forces and the police, of both countries,” he said in a statement today.

Meanwhile, Hishammuddin also said that Malaysia would host the 42nd Malaysia-Indonesia General Border Committee meeting in February next year. The last meeting was held in 2018.

“This meeting is important to discuss efforts to strengthen border security between the two countries.

“Hence, earlier I took the opportunity to extend an invitation to the Indonesian government, through the republic’s Minister of Defence (Prabowo Subianto). Malaysia’s invitation was welcomed and Indonesia has expressed its readiness to attend,” he said.

Apart from that, Hishammuddin said that he and Prabowo also agreed to increase Malaysia-Indonesia comprehensive defence cooperation, and for that purpose, for the first time, a Memorandum of Understanding (MoU) would be implemented and signed early next year.

He also said that the Trilateral Cooperative Arrangement (TCA) initiative, which he started with the former Indonesia’s Defence Minister, Ryamizard Ryacudu, and the Defence Secretary of the Philippines, Delfin N. Lorenzana, in 2017, was also discussed with Prabowo.

The two defence ministers expressed their appreciation for the full commitment of their respective armed forces in the TCA through air and maritime patrols, and agreed that the initiative still had room for improvement to address threats in the Sulu Sea and Sulawesi Sea, he said.

He added that it was also agreed to increase cooperation through the TCA at the level of Defence Ministers of the three countries, and a ministerial level meeting will be held in the near future to discuss efforts towards further strengthening the TCA initiative.

Hishammuddin said that Indonesia and Malaysia were determined to continue to maintain close bilateral relations, especially in terms of security, in line with one of the main thrusts of the Ministry of Defence, namely, defence diplomacy.

“I would also like to thank Prabowo for his inaugural working visit to Malaysia today, which was conducted according to the strict Covid-19 prevention standard operating procedures set by the Indonesian and Malaysian governments,” he said.

In addition, both countries also agreed that joint involvement between the military health services should be enhanced, especially through the sharing of best practices related to vaccination, treatment methods and Covid-19 screening testing approach.

Today, Hishammuddin received a courtesy call from Prabowo, following a video conference on Oct 4. This also marked the first face-to-face meeting between the two defence ministers since the world was hit by the Covid-19 pandemic.