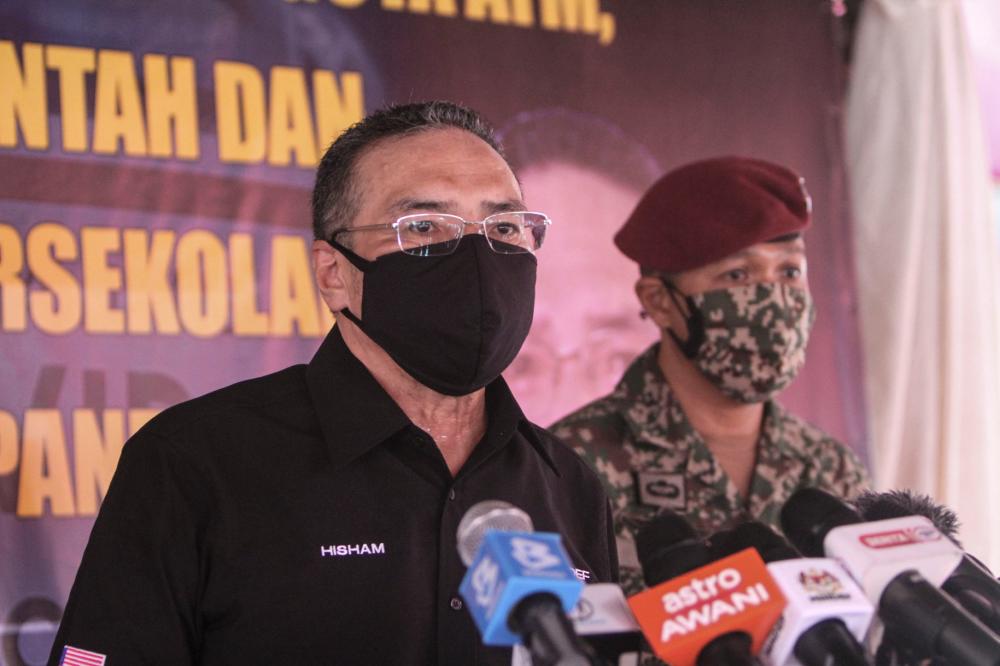 JOHOR BAHRU: The government’s move to get in touch with China on the formation of a new trilateral security pact comprising the United States (US), United Kingdom (UK) and Australia (AUKUS), is merely to get the country’s stand on the issue.

Refuting allegations from the Opposition that Malaysia was ‘receiving instructions’ from China, Senior Defence Minister Datuk Seri Hishammuddin Tun Hussein (pix) said it was not wrong for Malaysia to find out China’s views and its possible response over the matter.

“I see that the statement (Opposition’s claim) is baseless because what I have informed the Dewan Rakyat is far from getting any instructions from China,“ he told reporters at the Ulu Tiram Camp here today.

Hishammuddin was asked to comment on a recent statement from the Opposition that Malaysia should remain neutral and not lean towards any world superpower, especially over the AUKUS issue.

The Sembrong MP explained that having good ties with China did not mean that Malaysia would compromise in terms of its sovereignty and stance.

“The strength Malaysia has (is) that we are close to these two superpowers (US and China) and our relationship is (based on) mutual respect between the US and China, and they respect our stand,“ he said.- Bernama