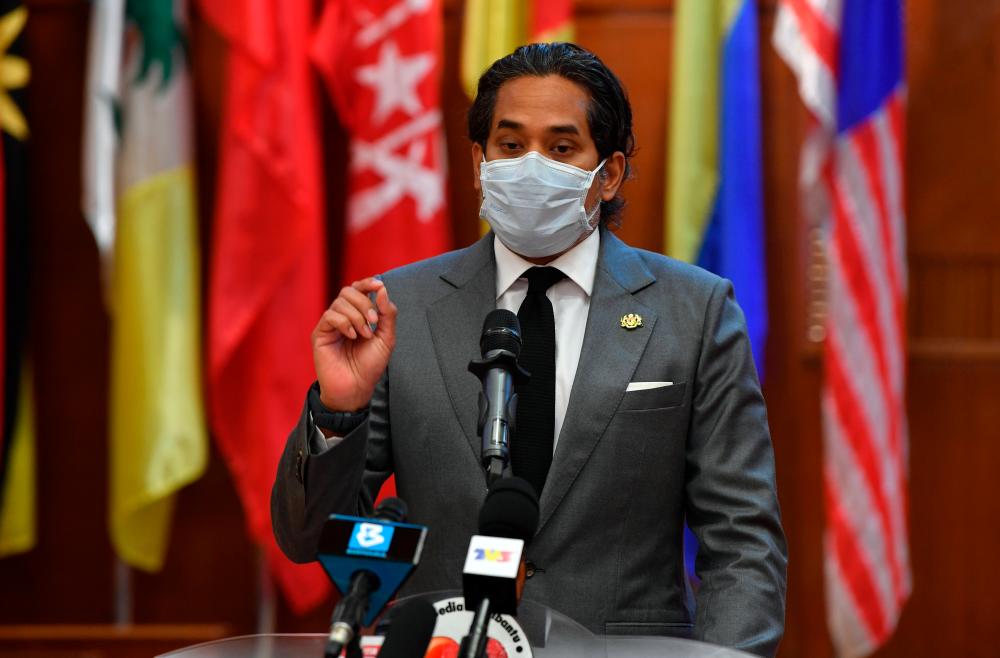 PUTRAJAYA: Malaysia is still discussing with the Saudi Arabian government on not to impose vaccine discrimination against its individuals wanting to perform the Umrah pilgrimage in the kingdom, says Health Minister Khairy Jamaluddin. (pix)

“The ongoing discussion is to avoid vaccine discrimination as we have found that all the Covid-19 vaccines (used in Malaysia) are safe and effective,” he said at the handing over of the Malaysia Corporate Family contribution at the Ministry of Health (MOH), here, today.

The Saudi Arabian government was previously reported as accepting only four types of vaccines, namely, Pfizer-BioNTech, AstraZeneca, Johnson & Johnson and Moderna for individuals wanting to go to the kingdom.

In July, Saudi Arabia announced that individuals fully vaccinated with the Sinovac or Sinopharm vaccine were accepted into the county on the condition that they had received the booster dose from vaccines recognised by it.

Meanwhile, Khairy said the MySejahtera application would have a new feature to enable individuals needing the booster dose to apply for it from next month in meeting the condition set by other countries including for performing Umrah and Haj.

At today’s ceremony, the MOH received 81 electric tilt beds worth RM2 million from Lembaga Tabung Haji (TH) through its A’fiat TH 2021 programme to meet the need for additional beds at the intensive care units of selected hospitals.

“These beds are also for other vital units that manage non-Covid cases during the transition from the pandemic to endemic phase,” said Khairy who expressed his appreciation for the contribution from TH.

He added that the contribution was from the extended A’fiat TH 2020 programme from which, TH contributed 57 haemodialysis machines worth almost RM2 million to 42 government hospitals.