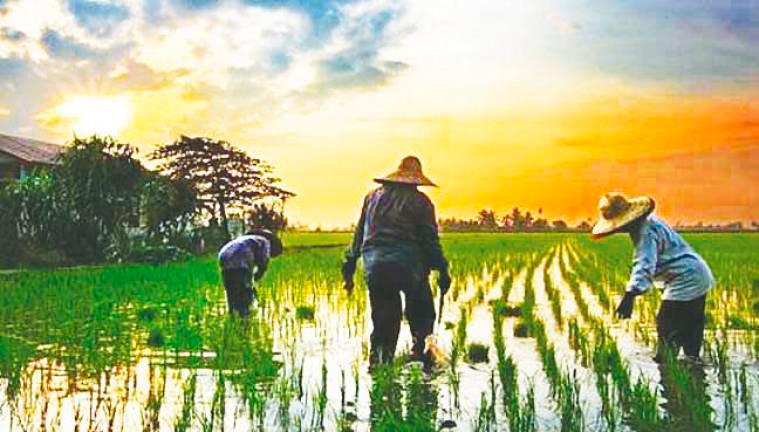 KUALA LUMPUR: Malaysia’s dependency on rice imports to meet the needs of its people has always been a cause for concern and more so now when certain rice exporting nations are cutting back on exports to feed their populations amid the Covid-19 pandemic.

Malaysia reportedly requires about 2.7 million tonnes of rice a year, 70 percent of which are locally sourced and the rest imported from countries such as Thailand, Vietnam and India.

Malaysians, whose staple food is rice, consume an average of 80 kilogrammes of rice per person every year.

In March this year, Vietnam – the third largest rice exporter in the world after India and Thailand – announced a temporary ban on rice exports to ensure national food security due to the Covid-19 outbreak. Vietnam’s move was an expected one because any country in a time of crisis would give top priority to the requirements of its people.

Hopefully, the ongoing pandemic would open the authorities’ eyes to the importance of ensuring food security, which refers to the state of all people having physical, social and economic access to sufficient, safe and nutritious food.

Food security does not only apply to staple foods but also all kinds of supplies from the agricultural industry.

In line with its aspirations to increase Malaysia’s agricultural output, the government has allocated nearly RM1.7 billion in the form of subsidies, aid and incentives to farmers and fishermen under Budget 2021 which was tabled in the Dewan Rakyat on Nov 6.

The subsidies and incentives are expected to benefit more than 300,000 padi farmers nationwide, including those cultivating hill padi in Nabawan, Sabah, and Kanowit, Sarawak.

The budget allocation is expected to spur the growth of the nation’s agricultural sector which is projected to grow by 4.7 percent in 2021, as indicated by the Ministry of Finance in its Economic Outlook 2021 report.

He said research on agricultural innovations should also be stepped up to enable Malaysia to not only attain self-sufficiency in terms of food supplies but also be an exporter in future.

Acknowledging that Budget 2021 offers more incentives to farmers, especially those involved in organic and community farming activities, Nurfitri Amir, however, urged the government to scrutinise some of the provisions, among them being the padi price subsidies that have been reduced by RM50 million compared to the allocation under Budget 2020.

“Currently, farmers get an incentive of RM360 for each tonne of padi they produce but next year, the total number of farmers receiving the full price incentive is expected to be lower,” he told Bernama.

He also suggested that other important subsidies for seeds, fertilisers and pesticides be paid directly to the farmers through a coupon system.

“For example, the padi farmer can use his coupon to buy high-quality seeds from any vendor or company. The vendor can use the coupon to claim payment from the government. Such a method, indirectly, creates healthy competition among vendors, as well as stimulate agricultural activities at the input stage,” he pointed out.

Nurfitri Amir, who is also chief coordinator of the Malaysian Food Sovereignty Forum, also proposed that the Ministry of Agriculture and Food Industries (MAFI) set a target for Malaysia to attain 100 percent self-sufficiency in rice production, as well as formulate clear strategies for the nation to achieve this target so that it no longer has to depend on rice imports.

“The issue of food security is also a national security issue as rice is the staple food of Malaysians. Hence, MAFI should have clear strategies as to how the padi industry will attain the 100 percent self-sufficiency level (SSL). According to the ministry, the SSL now stood at 75 percent,” he said.

Budget 2021, he added, should have also focused on improving agricultural infrastructure and logistics. This would include enhancing irrigation systems, procuring more efficient harvesting machines and providing post-harvest infrastructure to facilitate the planting of vegetables and other crops.

Universiti Kebangsaan Malaysia economics professor Dr Jamal Othman, meanwhile, opined that the government should start to make plans to replace existing fertilisers, pesticides and herbicides with environmentally-friendly ones in keeping with sustainable agricultural practices and the concept of food safety.

“We must attain the food security level in the context of health. All these aspects should be given more attention by the government in view of the Covid-19 threat,” he said.

Jamal, who is Academy of Professors Malaysia deputy president, also said the importance of rice, as a staple food, is not only seen in terms of food security or food sovereignty but also in its close association with other non-economic functions.

“While the padi subsector’s most important function is (creating) rural vitality (the impact of agriculture and forestry on the livelihoods of rural communities), its social, ecological and rural landscape functions are also vital.

“All these form the fundamental basis of why the padi subsector should be sustained and even strengthened,” he added. -Bernama