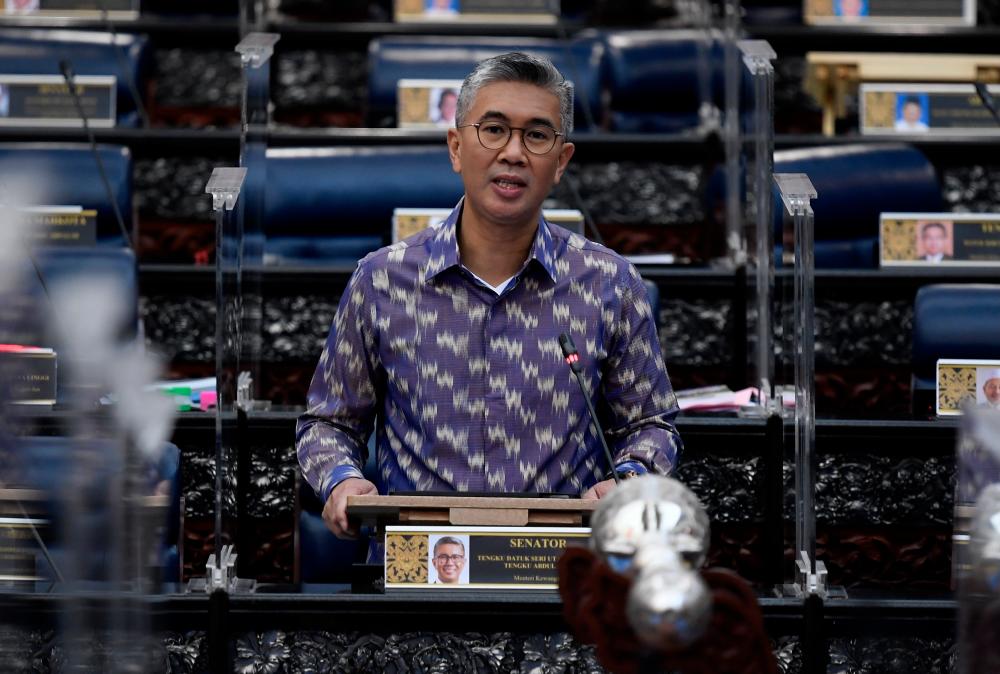 KUALA LUMPUR: Malaysia is on track to achieve the targeted gross domestic product (GDP) growth of three to four per cent this year despite the emergence of the Omicron variant, said Finance Minister Tengku Datuk Seri Zafrul Abdul Aziz. (pix)

“We are monitoring the situation closely, (but) we are still confident that we are on track to meet this year’s GDP target of between three and four per cent,” he said during an interview on CNBC’s Squawk Box Asia programme aired today.

Tengku Zafrul was responding to a question on whether the Omicron variant would pose further downside risk to the Malaysian economy.

The minister stressed that the government is committed to safeguard the people and ensure business continuity given their importance to the economy and it will always provide strong support to the ecosystem.

This is reflected by the eight economic stimulus packages worth RM530 billion launched over the last two years to address the crisis stemming from Covid-19, he said.

“Should there be a need for us to look into helping those people and businesses that are affected, I think the government has to do what it needs to do,” he pointed out.

Commenting on global concerns over inflation, Tengku Zafrul said Malaysia is not spared in experiencing a higher inflation rate following supply chain disruptions in light of the Covid-19 pandemic, and it would take time for the global supply chain to be back to where it was before.

“In terms of manufacturing, Malaysia has been lucky. Our export has gone up by 25 per cent in the first 10 months of this year compared to last year.

“We have played an integral role in the supply chain, and trade as well has also improved for Malaysia, so we stand to benefit from the opening up of the economy,” he explained.

The government had initially forecast the GDP to grow between 6.0 per cent and 7.5 per cent in 2021.

However, the projection was revised downward to between three per cent and four per cent to take into account the impact of the Full Movement Control Order under the four-phase National Recovery Plan.

The multiplier effects of the RM150 billion Pemulih economic package launched in June are expected to provide a boost of two percentage points to the GDP this year.

In a separate development, Tengku Zafrul said in his latest social media post that a meeting was held with Singapore’s Finance Minister Heng Swee Keat in the republic for about one hour.

“Various topics were discussed, including on how the implementation of the Vaccinated Travel Lane could bring relief to the two countries, especially in the retail and tourism sectors, as well as collaborative measures towards economic recovery,” he said.

He added that both Malaysia and Singapore will continue to work together to ensure that the people, businesses and economy continue to prosper.