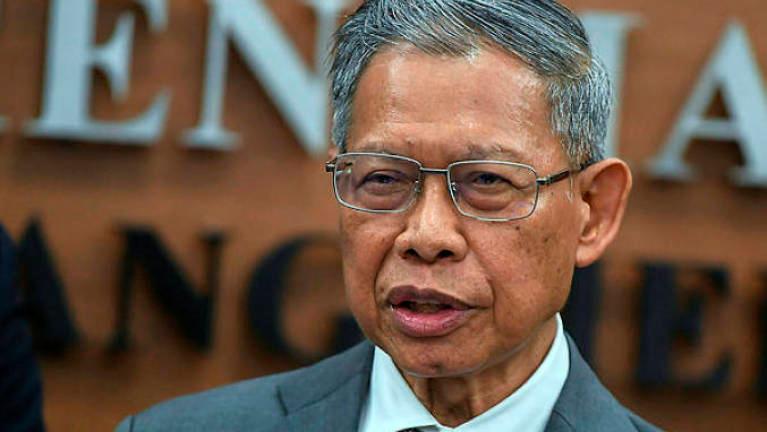 Good performance was recorded for all 17 goals, he said today at the virtual launch of the “SDG Indicators, Malaysia, 2019” report — the second report of the country’s SDG indicators published by the Department of Statistics Malaysia.

The goals are measured according to 247 indicators set at the global level in 2019.

On indicator assessment, Mustapa said for Malaysia, 128 indicators or 52 percent were available while 73 indicators or 29 percent needed to be developed.

“A total of 13 percent or 31 indicators are not available while 15 indicators or six percent are not relevant to Malaysia,” he said.

Mustapa said the national SDG progress status was also measured based on the performance of 108 statistical indicators.

Meanwhile, the prosperity focus area showed the Gross Domestic Product (GDP) per capita at constant prices grew 3.9 percent in 2019 compared with 3.6 percent in 2018.

“In line with the growth in the digital economy especially in the new normal following Covid-19, the percentage of individuals using the Internet has risen 3.0 percentage points to 84.2 percent in 2019 from 81.2 percent in the preceding year.

“In fact, a new approach will be taken under 12MP to deal with poverty through a targeted programme based on local needs across all races.

“This is because the poverty issues differ according to demographics and current situations. The way to handle it must suit the local conditions,” he explained.

According to him, the SDG implementation requires commitment from all quarters to continue the people development agenda.

“Hence the role played by the All-Party Parliamentary Group Malaysia on SDG (APPGM-SDG) is very critical to assist in achieving the Agenda 2030 goals.

“The group, which was established following the Dewan Rakyat approval on Oct 19, 2019, comprises 10 Members of Parliament including me,” he said.

In the first phase, the group made field visits to 10 parliamentary constituencies in four states.

Next year, he said, APPGM-SDG would do the same programme in 20 parliamentary areas, especially in states that were not visited in 2020.

“The implementation of SDG goals is a continuation from the Millennium Development Goals (MDGs) that ended in 2015.

“The legacy and achievements of of MDGs over 15 years have provided valuable lessons in our effort to achieve SDG goals,” he added. — Bernama 2.Ringgit closes higher against US dollar