Malaysia respected by Arab countries for supporting Palestinian cause 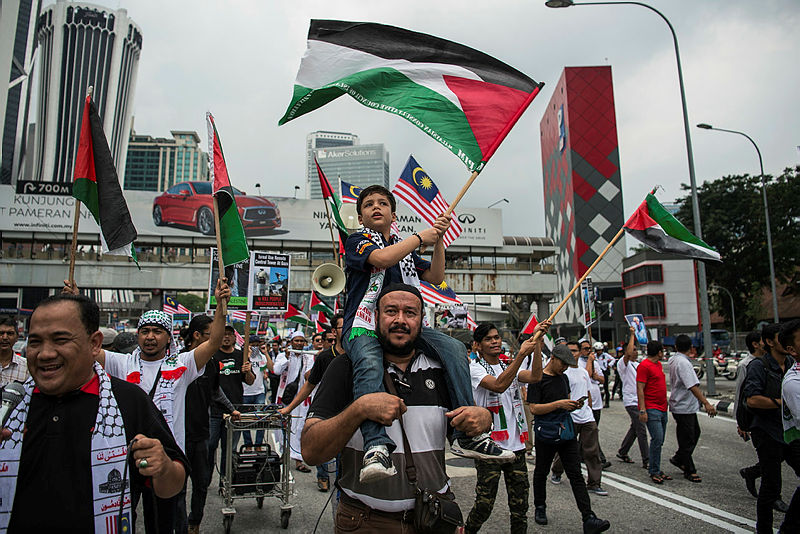 KUALA LUMPUR: Malaysia is highly respected by Arab countries including Kuwait for its strong, unwavering and long-standing support towards the Palestinian cause.

Kuwait ambassador to Malaysia, Saad Abdullah Al-Sousi, said that Malaysian Prime Minister Tun Dr Mahathir Mohamad had been steadfast in highlighting the Palestinian issue at various international forums, especially when he dedicated a significant portion of his speech for the Palestine cause during the 73rd United Nations General Assembly (UNGA) in September last year.

The deep appreciation was portrayed by a strong message of gratitude in a letter, written and sent recently to Mahathir by Al-Sousi on behalf of all the Arab ambassadors in Malaysia, called the Arab Diplomatic Corps.

“We, as Arab ambassadors, have already sent a strong supportive message to Tun Mahathir for maintaining his strong pro-Palestine stand, including banning Israeli athletes from entering Malaysia to the extent the International Paralympic Committee stripped Malaysia of its right to host the championship,” he said.

Al-Sousi told this to Bernama International News Service in an interview at his office here, recently, in conjunction with Kuwait’s 58th National Day and 28th Liberation Day, observed on Feb 25 and 26 respectively

Al-Sousi is the current Dean of the Arab Diplomatic Corps representing 16 countries, among others the United Arab Emirates (UAE), Saudi Arabia, Egypt, Morocco and Palestine.

On the same note, he reiterated Kuwait’s relentless and unwavering support to the Palestinian cause, refuting international news reports last week which questioned its principled position on the Palestinian issue.

He responded to Bernama’s question on allegations involving a group picture taken at a recently-concluded international conference in Warsaw, Poland on Feb 13-14, which featured representatives from some 60 countries, including Arab countries and Israel.

Arab representatives at the conference were accused of working on establishing or strengthening ties with Tel Aviv and were labelled as “supporters of the normalisation of relations with the Zionists”, based on the picture in which Israeli Prime Minister Benjamin Netanyahu was also present.

“Our Deputy Foreign Minister (Khaled Al-Jarallah) has stressed that Kuwait’s position on rejecting normalisation of ties with Israel is clear-cut and firm. Kuwait will definitely be the last country to normalise relations with Israel.

“We want to reaffirm that Kuwait is continuously supporting the Palestinian cause, the principal issue for Arabs and Muslims, and we believe that there must be a solution to this issue,” he said while pointing out that Kuwait’s stance is highly appreciated by the Palestinians.

Co-hosted by Poland and the US State Department with an official title “Ministerial to Promote a Future of Peace and Security in the Middle East”, the conference was held to address peace and security in the often volatile Middle East.

The conference was similar to other numerous international gatherings in which Israel takes part, including forums held under the United Nations’ (UN) umbrella. — Bernama