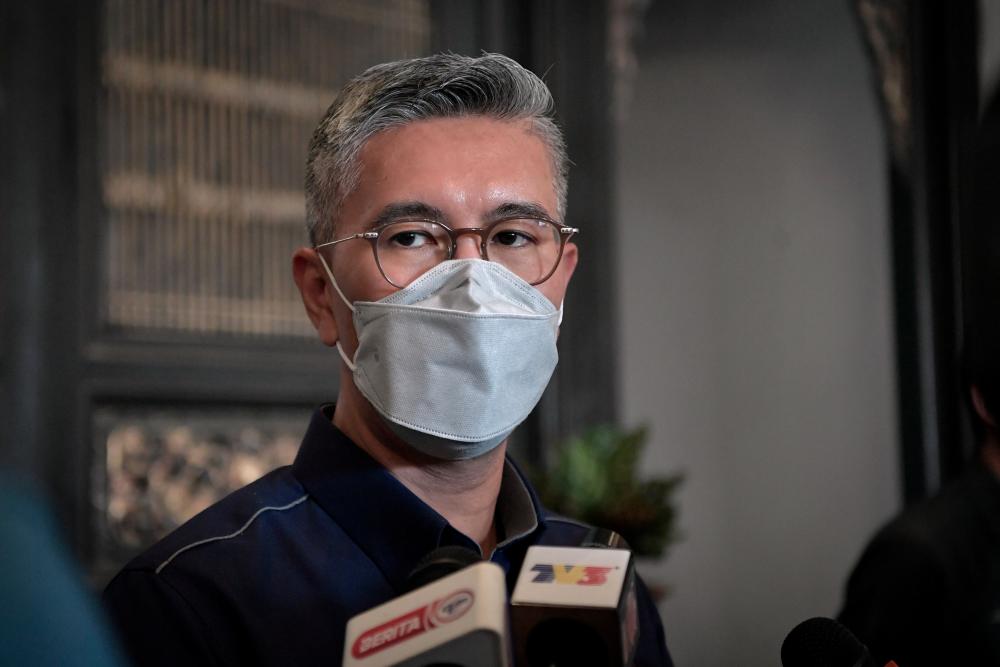 KUALA LUMPUR: The Malaysian economy is expected to continue its recovery momentum this year, after the country’s first-quarter 2022 (Q1 2022) performance saw a growth of five per cent, supported by increases in domestic and external demand, as well as labour market recovery.

Finance Minister Tengku Datuk Seri Zafrul Tengku Abdul Aziz (pix) said growth in Q1 2022 was attributed to the government’s consistent policy support, particularly initiatives under an expansionary Budget 2022 which have been in full swing since the start of the year, as well as the spillover effects from Budget 2021 and previous stimulus and assistance packages.

Among the various economic indicators that have shown signs of improvement are the continued labour market recovery, with unemployment rate at 4.1 per cent, 0.2 percentage points lower compared to the previous quarter.

“This was attributed to the implementation of wage subsidy programmes worth more than RM20 billion and successful job creation initiatives such as JanaKerja and JaminKerja.

“The unemployment rate is expected to fall further in the coming months as government assistance continues, and business prospects improve,“ he said in a statement today.

“Overall, this was reflected in strong manufacturing sales which increased by 13.9 per cent to RM144.6 billion in March 2022, as well as wholesale and retail trade sales which rose 9.8 per cent to RM123.8 billion,“ said the finance minister.

Manufacturing, financial and insurance/takaful activities, and wholesale and retail trade attracted the most FDIs, primarily from Switzerland, the United States, Hong Kong, and Japan.

Meanwhile, on Malaysia’s financial and capital markets, Tengku Zafrul said the availability of financing continued to improve, as evidenced by an increase in household loan growth.

Moving forward, the transition to the endemic phase, as well as the reopening of international borders, will increase tourist arrivals and improve trade and business activities.

“The expansionary 2022 Budget and the resumption of projects with high multiplier effects will help to sustain growth, which will be supported by implementation of development programmes under the 12th Malaysian Plan.

“Together with strong external demand from major trading partners, the economy is on track to meet the 5.3 per cent to 6.3 per cent GDP growth forecast in 2022,“ said Tengku Zafrul.

Nonetheless, he said the government is cautious of potential downside risks to growth posed by recent global events.

According to the International Monetary Fund (IMF), inflation will rise by 5.7 per cent in advanced economies and 8.7 per cent in emerging market and developing economies.

“Malaysia’s inflation is expected to range between 2.2 per cent and 3.2 per cent (2021: 2.5 per cent) this year, in line with the IMF’s forecast of 3.0 per cent, the lowest amongst Asean countries.

“If global developments continue to affect investment and global trade, supply chains will be impacted further, potentially disrupting Malaysia’s economic recovery momentum, given that we are an open economy with total trade accounting for 120 per cent of GDP,” he said.

Furthermore, the sharp rise in inflationary pressures, particularly in the US, has prompted several central banks to raise policy rates at a faster pace, potentially leading to tighter global financial conditions.

As the government continues to monitor and manage various economic risks, Tengku Zafrul said its medium-term priority is to implement structural reforms that will boost the country’s economic potential, resilience and prospects, as well as make Malaysia a more attractive investment destination.

“Overall, this will promote more sustainable and inclusive economic growth for all,“ he added. — Bernama