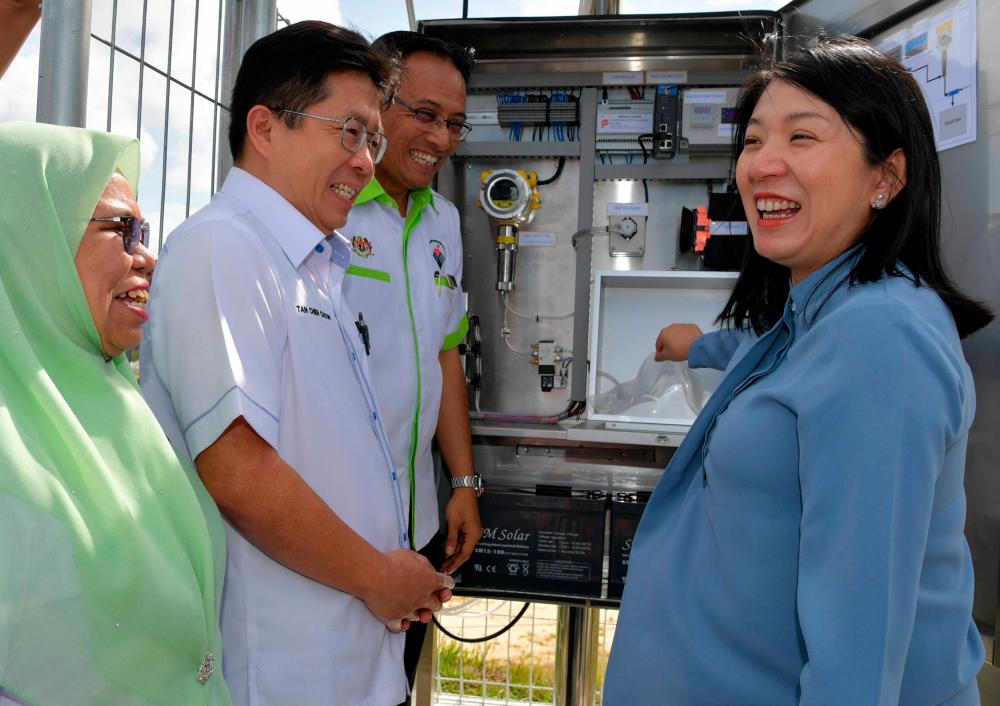 JOHOR BARU: Pasir Gudang is now equipped with a system worth RM6.9 million, that is capable of detecting harmful pollutants in the air to provide early warning in the event of any contamination, making it the first industrial city in the country to have such a facility.

“The Air Pollution Early Warning System is equipped with an alarm to detect hazardous pollutants in the air that will directly alert enforcement officers at the Department of Environment (DOE) in the event of air pollution to enable immediate action over the source of the pollution.

Yeo said the government, in an effort to avoid a recur of the Sungai Kim Kim pollution incident in March last year, had taken various steps to increase industrial monitoring in the area and the installation of the early pollution warning system was one of them.

If the system proved successful, it would be extended to other industrial areas in the country, she added.

The public, she said, is also expected to get information from the system through the DOE website beginning the second quarter of this year.

In a related development, Yeo said the DOE had intensified its enforcement on factories and industrial premises in Pasir Gudang to ensure their compliance with the law and regulations.

A total of 664 inspections were carried out last year, compared with 460 premises in the previouson the previous year.

The government would not compromise with environmental criminals, she said, adding that the suspect in the Sungai Kim Kim pollution incident had been charged in court.

The system is able to detect the movement of scheduled waste from the industry to the DOE-licensed processing or disposal facilities, she added.

She said monitoring by drones had also been carried out since Oct 23, to quickly detect any possible pollution and sources of contamination so that early preventive measures can be taken. - Bernama