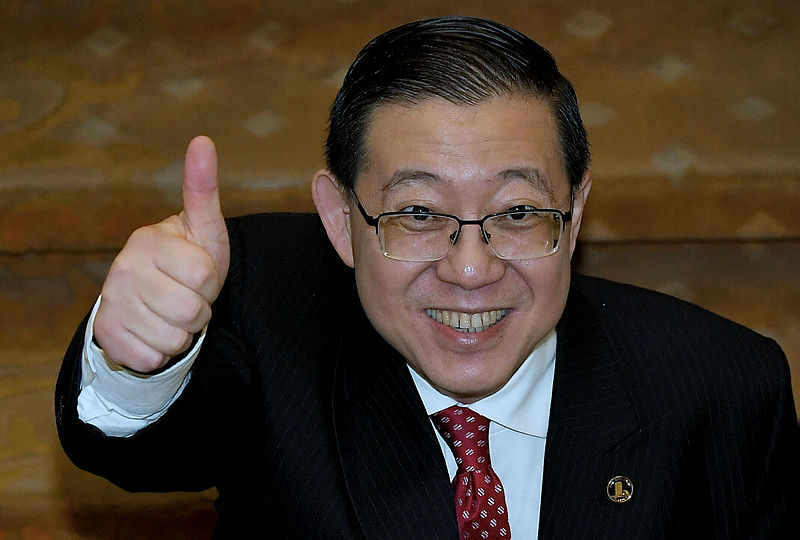 Lim said the new Pakatan Harapan (PH) government will continue to help grow the economy sustainably to benefit the rakyat.

“Malaysia still has a sizeable current account surplus of RM22.7 billion or 2.5% of gross domestic product as of end-September 2018, with the positive current account balance expected to persist this year as well.

“This is partly the reason why Malaysia’s international credit ratings have been maintained, and the reason Bloomberg placed Malaysia as the best among 20 emerging markets for investment,“ he said in a statement today,

The statement was issued by the Ministry of Finance (MoF) in response to an old October 2018 article citing Nikkei reports that has gone viral online due to irresponsible elements to give the misleading perception that the economy is currently recording negative statistics that are bad for the Malaysian economy.

The two-month-old article uses August trade statistics, specifically stating that the 2018 August trade surplus figure of only RM1.6 billion was the lowest in 45 months.

However, giving a monthly snapshot is not accurate because it does not correspond with Malaysia’s performance over the whole year, the minister said.

“Just two months after the August figures, later in October, Malaysia’s trade surplus rose to a record of RM16.3 billion, the highest level ever in Malaysian history.

“Exports rose 17.7% to RM96.4 billion in the same month, a record high for the country. This shows that monthly data is extremely volatile and does not reflect the entire picture of the domestic economy,“ he said.

Lim said Malaysians should not lose focus over short-term fluctuations, especially when the overall economic situation is more accurately depicted by longer-term trends.

He said figures such as the Nikkei Malaysia manufacturing purchasing managers’ index (PMI) for December 2018 falling to a low of 46.8 points, whilst relevant to that particular month, should not be considered as a reflection of the entire economy for the whole year.

“PMI figures may go up in later months, just like the sterling trade performance in the month of October 2018. Indeed, longer-term figures such as approved manufacturing foreign direct investment for the first nine months of 2018 rose 250 per cent to RM49 billion.

“These investments will be realised in the future to create high-quality jobs for Malaysians. Additionally, Malaysia’s stock market was the second-best performer in Asia-Pacific in 2018,“ he added. — Bernama