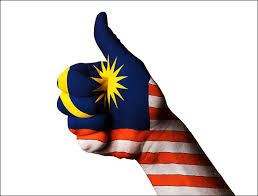 KUALA LUMPUR: Malaysia scored high in its Human Development Index (HDI) for 2018, with a score of 0.804 compared with 0.802 last year, putting the country in the Very High Human Development category, finishing at 61st place out of 189 countries.

“Between 1990 and 2018, Malaysia has shown steady progress in the human development index from 0.644 to 0.804, an increase of 24.9%, reflecting an average annual increase of 0.8%,” according to the 2019 Human Development Report (HDR) issued by the United Nations Development Programme (UNDP).

The 2019 HDR entitled “Beyond Income, Beyond Averages, Beyond Today: Inequalities in Human Development in the 21st Century” was released in Bogota, Colombia today.

Only two other Asean countries are categorised in the same Human Development category as Malaysia, namely Singapore and Brunei. The top five countries in the global HDI rankings are Norway (0.954), Switzerland (0.946), Ireland (0.942), Germany (0.939), and Hong Kong (0.939).

The report said the Asia-Pacific region has witnessed the steepest rise globally in human development.

The region leads the world in access to broadband Internet and is gaining on more developed regions in terms of life expectancy, education, and access to healthcare.

However, the region also continues to grapple with ever-widening income gap and persistent inequalities in key elements of human development such as health, education, dignity and respect for human rights.

“Beyond these challenges, society is also becoming more vulnerable to new forms of inequalities, arising from disruptive technology and climate resilience,” it said.

Among the recommendations in the report are early childhood and lifelong investment, productivity and public spending and fair taxation.

“Inequality begins even before birth and can accumulate, amplified by the difference in health and education into adulthood. Policies to address it, therefore, must also start at or before birth, including investing in young children’s learning, health, and nutrition,” it said.

It said policies to enhance productivity alone are not enough as the growing market power of employers is linked to a declining income share for workers and thus, antitrust and other policies are key to address the imbalances of market power.

The report argues that taxation cannot be looked at on its own, but it should be part of a system of policies, including public spending on health, education, and alternatives to a carbon-intensive lifestyle.

More and more, domestic policies are framed by global corporate tax discussions, highlighting the importance of new principles for international taxation, to help ensure fair play, avoid a race to the bottom in corporate tax rates, especially as digitalisation brings new forms of value to the economy, and to detect and deter tax evasion. — Bernama