Malaysia unlikely to be hit by haze this year 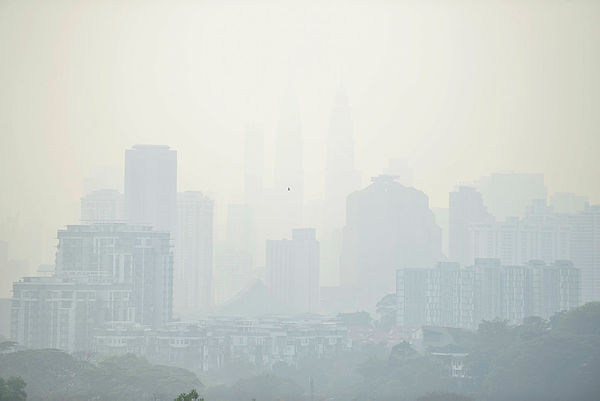 Pix for representaional purpose only.

KUCHING: Malaysia is very unlikely to be hit by haze this year, according to forecasts made using a technique developed by scientists, said Academy of Sciences Malaysia (ASM) fellow Datuk Dr Abu Bakar Jaafar.

Abu Bakar, who is also a professor from Universiti Teknologi Malaysia, said based on such findings, scientists, including climatologists, would be able to determine the nature and extent of the effects from haze.

He said with this advanced knowledge obtained from the East Asian Monsoon Winter index as a predictive mechanism, the country would be better prepared to deal with the haze occurrence.

“For instance when there are big variations in the standard division index or the East Asian Monsoon Winter index dropped, then we will be hit by haze such as in 1997, 2000, 2003, 2004, 2005 and the last haze episode in 2015,” he told a media conference after attending a two-day workshop on haze and biomass burning in Asia here today.

On mechanisms to address haze, Abu Bakar said ASM in collaboration with TROPI had come up with strategies to work on climate and air quality, peat area management and how to convert slash materials into power or energy.

“So this is our strategy, and our tagline is ‘slash you may, burn you will not but convert these materials into energy’. That is our approach,” he said.

He said findings from the workshop would also be shared with scientists from Indonesia, Thailand and globally besides working closely with international bodies like IIASA that have experts in air pollution.

However, he said the biggest challenge was to manage the peat areas efficiently, as demonstrated in Sarawak when hardly any red hotspot was recorded during the 2015 haze that hit the country and region.

Due to the low pricing or tariff to convert slash materials into energy or power instead of burning them, he said one of the strategies was to convert them into methanol because of its higher economic value. — Bernama