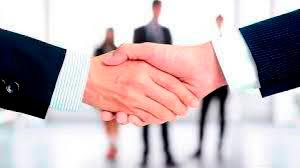 KUALA LUMPUR: Malaysia considers the Al-Ula Declaration signed by the Member States of the Gulf Cooperation Council (GCC) on Jan 5 as an agreement of ‘solidarity and stability’ in the Arabian Gulf region.

The Ministry of Foreign Affairs in a statement today, in welcoming the agreement, said Malaysia considered the agreement as a significant milestone and a great diplomatic achievement in restoring ties between the Arabian Gulf neighbours.

“Malaysia has long-standing close relations with all countries in the Gulf and Arab region. As a constructive partner, we will continue to support all peaceful initiatives that can bring about stability, unity and prosperity to the region and beyond,” the statement added.

The Al-Ula Declaration was announced on the sidelines of the 41st Session of the Supreme Council of the GCC, which was held in Al-Ula Governorate, Saudi Arabia.

The declaration is crucial in mending ties between Qatar, and Saudi Arabia, Egypt, Bahrain and United Arab Emirates after the quartet cut diplomatic ties, trade and travel with the former on claims it supported extremist groups in the region. -Bernama