Malaysia will continue to be committed to Unesco programmes: Wan Azizah 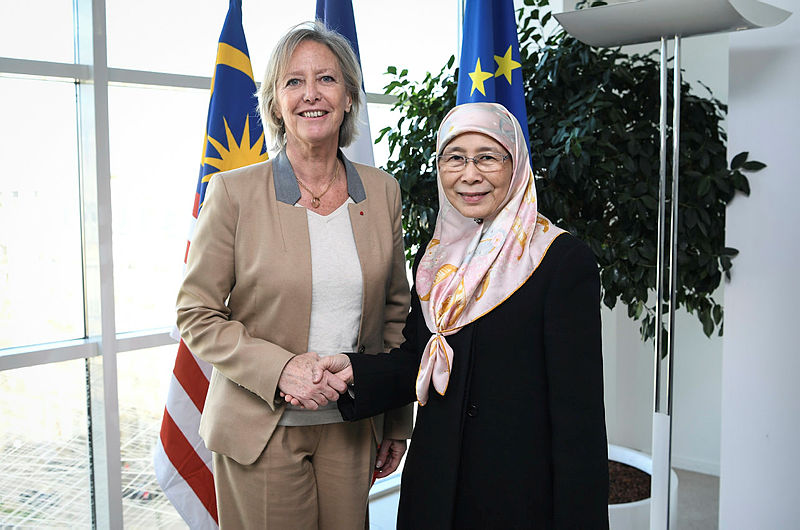 It was her first working visit to France since her appointment as Deputy Prime Minister on May 12 last year, with chairing the Unesco Management of Social Transformation (MOST) Bureau meeting and the 14th Session of the Intergovernmental Council (IGC) for MOST meeting as the main agenda.

“Overall, I am satisfied with my visit to France. Besides representing Malaysia in chairing the MOST Bureau meeting and the IGC for MOST meeting, I also had the opportunity to meet with several community leaders in France.

“They included the French MPs in an effort to promote palm oil and bilateral relations among Malaysia and France,” she told Bernama and RTM before departing for home here.

MOST is Unesco’s intergovernmental science programme on social transformation.

Wan Azizah attended the two meetings in her capacity as Women, Family and Community Development Minister and president of IGC MOST.

She said that during both meetings, various quarters, including from Unesco and France, expressed their appreciation to Malaysia for its role and contributions.

“Although Malaysia can no longer be the president, by virtue that she has held the post for two consecutive terms, Malaysia will continue to give its commitment to MOST programmes and support for the bureau members who will be appointed for the new term.

“I believe all quarters agree that MOST programmes serve an important platform that links the research community with policymakers in social science towards achieving the Sustainable Development Goals 2030 (SDG 2030),” she added.

During the visit, Wan Azizah also attended several other programmes, including dinner for the Malaysian diaspora in France and the Malaysian Tropical Fruits Festival in the French capital to promote Malaysian fruits to the Unesco delegates.

She also held a bilateral meeting with Unesco director-general Audrey Azoulay and also met with French MPs and political leaders.

Wan Azizah also took the opportunity to visit the Grand Mosque of Paris and held a meeting with the French Minister of State for Disabled People, Sophie Cluzel. — Bernama

2.Are we safe? Killing of UK lawmaker makes colleagues nervous