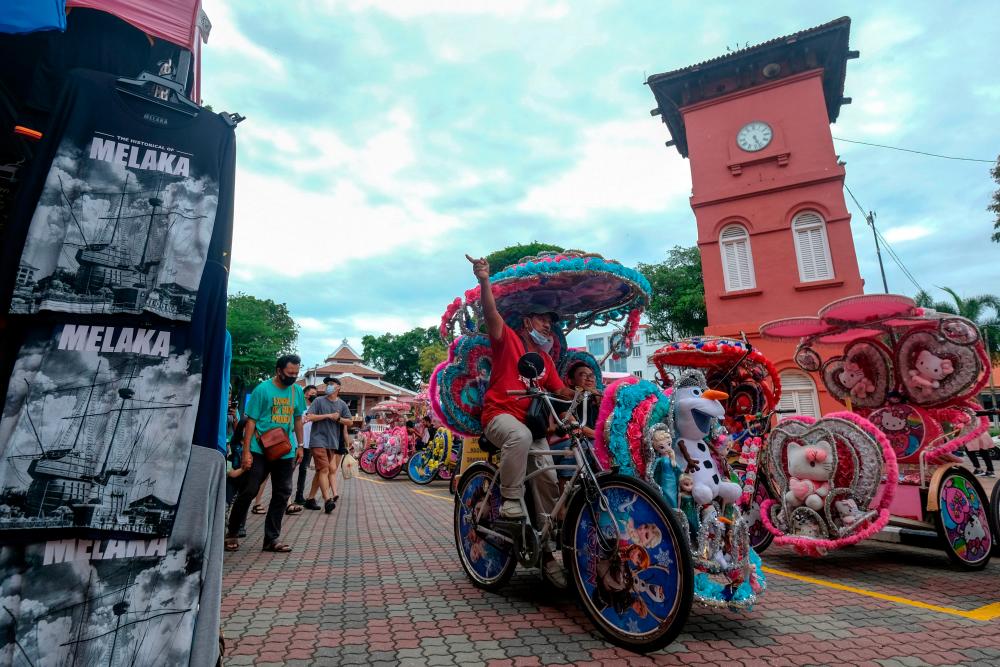 PETALING JAYA: More than 26 million foreign tourists came to Malaysia in 2019. Last year, it was only four million.

If that looks like the country’s tourism sector has hit rock bottom, prepare for a shock.

According to a tourism expert, just 132,000 are likely to land in Malaysia for a holiday this year.

Tourism and transport industry consultant Y.S. Chan told theSun that countries in the Asia-Pacific region, including Malaysia, have been hugely popular destinations for international tourists.

“It is therefore quite natural that this region would feel the impact of the decline in tourism the most,” he said.

Data from Tourism Malaysia shows that 4.3 million international tourists arrived in Malaysia last year, compared with 26 million in 2019 – an 83.4% decline.

By Chan’s estimate, tourist arrivals this year will drop by 96% compared with last year.

According to the world tourism barometer of the United Nations World Tourism Organisation (UNWTO), Asia and the Pacific region recorded a 96% drop in international arrivals in January compared with the same month last year.

UNWTO said that globally, there has been an 87% drop in tourism last year compared with 2019, and based on current trends, international tourist arrivals will drop by another 85% in the first quarter of this year over the same period in 2019.

This would represent a loss of some 260 million international arrivals when compared to pre-pandemic levels.

The UNWTO report also outlined two scenarios for this year.

The first points to a rebound in July, which would result in a 66% increase in international arrivals.

However, the second scenario considers a potential rebound only in September, leading to a 22% increase in arrivals compared to last year.

According to Chan, the industry’s recovery will ultimately depend on the rate of Covid-19 infections.

“For Malaysia, interstate travel will only be allowed when the number of new cases do not exceed triple digits each day. In fact, it is only safe to travel when it has dropped to double digits,” he said.

Malaysian Association of Hotels chief executive officer Yap Lip Seng said the UNWTO data is reflective of the situation on the ground.

“Within Asia itself, China was the key contributor to the industry not only as a source market but also a popular destination. It therefore accounts for a substantial portion of the decrease,” he said.

Yap added that as tourism is a major contributor to many countries’ gross domestic product (GDP), the underlying concern is the workforce of the industry and its livelihood.

For Malaysia, Yap said it may take up to 2024 for the tourism industry to recover to pre-pandemic levels.

“However, we are anticipating the reopening of international borders in stages by 2022, with Malaysia’s vaccination programme now brought forward to achieve herd immunity by the end of this year,” he said.

On the effects of a fall in tourism on the nation’s economy, Malaysian Association of Tour and Travel Agents president Datuk Tan Kok Liang said it is expected, as tourism is a huge contributor to GDP.

“It was consistently the third largest contributor in previous years and reached 15.9% (RM240 billion) in 2019,” he added.

Receipts from tourism exceeded RM89.4 billion in 2019, compared with RM70 million from palm oil and RM22 billion from rubber gloves.

Tan said the future of the tourism industry is very uncertain as there are too many variables in play.

While neighbouring destinations such as Bali and Phuket are looking to reopen soon, there is no sign that the same would be happening in Malaysia.”