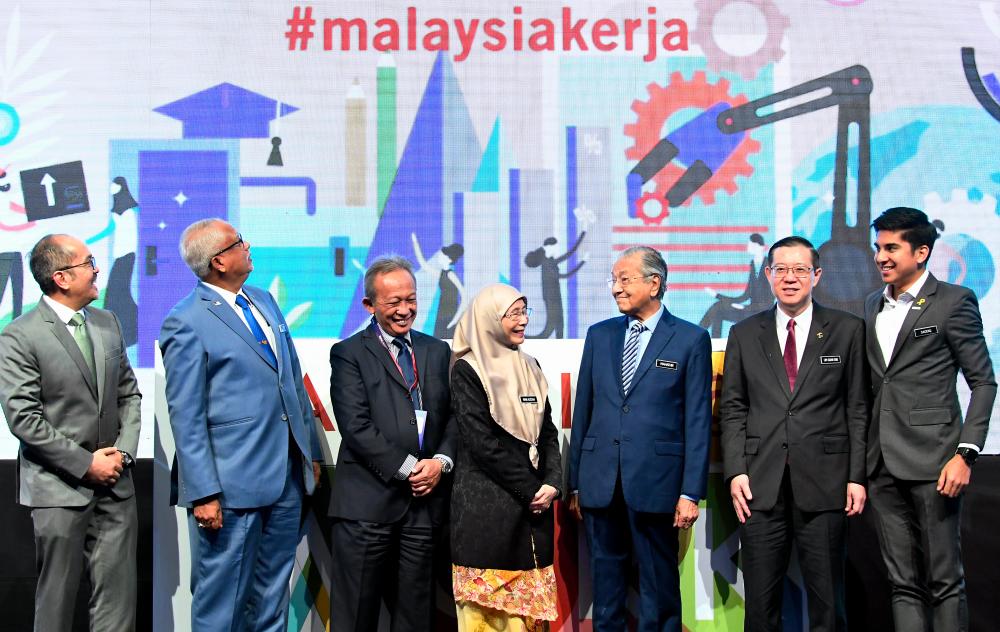 The initiative, which was announced during Budget 2020 had allocated RM6.5 billion ringgit stimulus package over the next five years to create up to 350,000 jobs.

According to him, the wage and hiring incentives under Malaysia@work would be credited directly into individual Employees Provident Fund (EPF) accounts, offsetting the statutory contributions by employers and employees.

“Any excess amount of the wage incentive will be credited into a special account created by the EPF that allows for flexible withdrawal, any amount, whenever needed,“ he said in his opening remarks during the International Social Well-being Conference 2019 (ISWC) and the launch of Malaysia@Work here today.

Lim said this mechanism would allow the participations to save for their retirement and at the same time, the higher disposable income would enable their daily needs.

The Malaysia@Work initiative comprised of four components, namely, Graduates@Work that focuses on employment among fresh graduates and Apprentice@Work, aimed at increasing technical and vocational education and training participation among youths.

Also included in the initiative are Women@Work which aimed to attract talent among qualified women and Locals@Work to promote dangerous, dirty and difficult, or 3D, jobs to Malaysians.

EPF chief executive officer Tunku Alizakri Alias said the fund would be introducing account three for the Malaysians@Work initiative as early as the second quarter next year.

He said any excess amount from the Malaysia@Work wage incentive that has been deducted for statutory contribution would be sent to the account.

With the statutory contribution already covered by the wage incentive, the account holder salary would not be deducted for employees contributions.

He said this, coupled with the excess of funds from wage incentive withdrawable at any time, would increase the employee disposable income.

The involvement of employers in the Malaysia@Work initiative made it a holistic solution to creating job opportunities, he said.

Tunku Alizakri said the hiring incentive under the initiatives would make hiring cheaper for employers.

“From the EPF perspective, we think that this is a very attractive and very holistic solution. As far as I know, there is no other country that does this solution,“ he said.

3.Perlis not ready yet to move to phase four of National Recovery Plan: EXCO