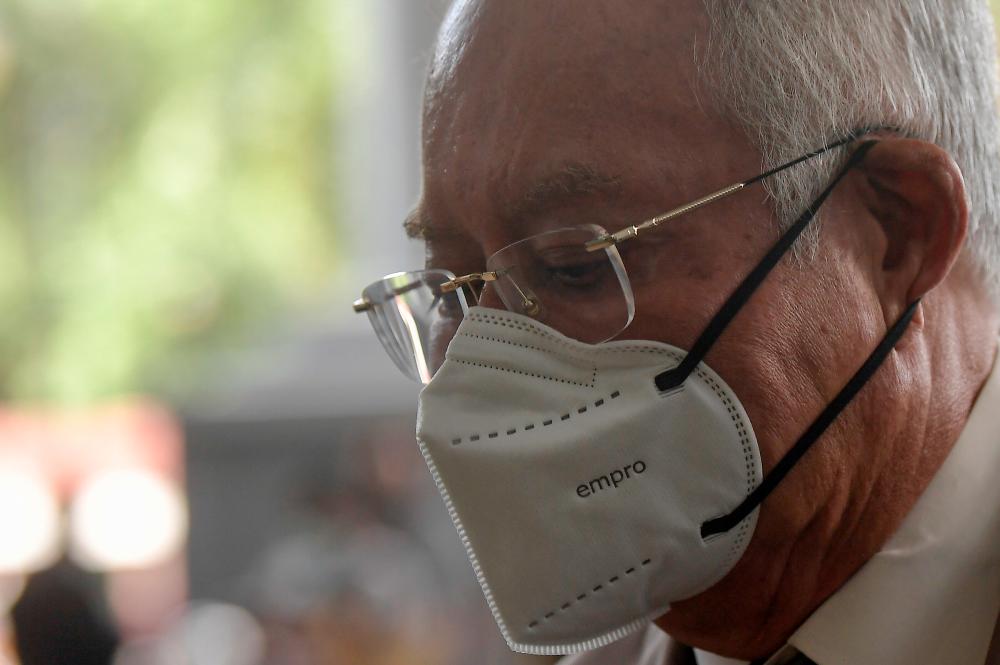 Its secretary B. Anand Raj in an affidavit filed yesterday, said Najib’s current lawyer Tan Sri Muhammad Shafee Abdullah possessed more experience and qualifications compared to Laidlaw, and that there were over 20,000 other experienced lawyers in Malaysia for the former prime minister to choose from.

“The fact that Muhammad Shafee and his legal team have been involved in the subject case and are familiar with the charges and the statutory provisions involved from inception, it is the considered view of the Malaysian Bar that Muhammad Shafee himself possesses greater experience and qualifications in respect of the issues pending in the appeal, more so than the applicant (Laidlaw),” he said.

Anand pointed out that it was only in the early years after Malaysia attained independence from the UK in 1957 when there was a limited number of local lawyers that there was some need for assistance from the QC and other foreign experts.

“Today, in 2022, 65 years post-independence, the Malaysian Bar has grown in strength, quantitatively and qualitatively. We have 21,659 advocates and solicitors who are in possession of a valid Annual and Practicing Certificate as of June 27, 2022.

“There are many advocates and solicitors with subject matter expertise and experience in criminal defence litigation up to the highest appellate tiers. A perusal of the applicant’s (Laidlaw) qualifications and experience as set out in the said affidavit (by Muhammad Shafee) reveals that he is an eminent QC in the UK and has a varied and extensive experience in various jurisdictions.

“He does not, however, have the special qualifications or experience in the Malaysian legal system, the Malaysian criminal system and in other related jurisprudence required for the appeal,” he said.

He added that Laidlaw had not demonstrated any familiarity with Malaysia’s evolving local statutes, practices and procedures since it gained independence.

The application for a QC will be heard at the High Court here on July 6 before Judge Ahmad Kamal Md Shahid.

On Jan 25, the legal firm Messrs. Shafee & Co submitted a letter to the Secretariat of Chief Justice Tun Tengku Maimun Tuan Mat on Najib’s intention to appoint a QC to assist him on complex issues and legal questions in the appeal of the SRC case in the Federal Court.

The Federal Court has set 10 days in August to hear Najib’s appeal against his conviction and jail sentence for misappropriation of the company’s funds.

On Dec 8, 2021, the Court of Appeal upheld the conviction and 12-year prison sentence as well as an RM210 million fine imposed against Najib for misappropriating RM42 million in SRC funds.

The Federal Court is Najib’s final avenue of appeal against his conviction and sentence. — Bernama