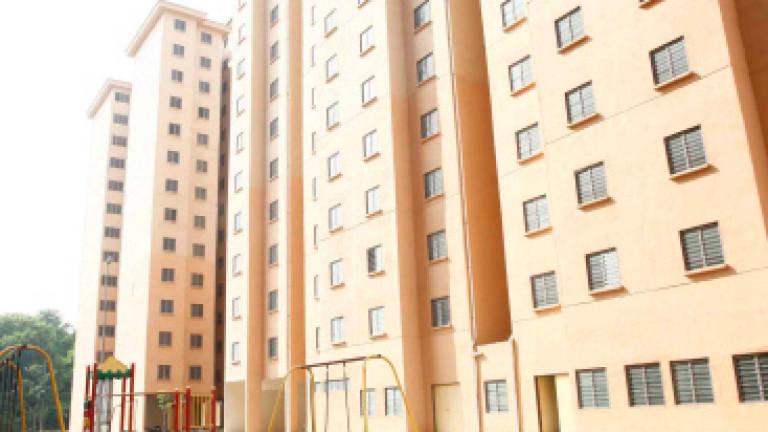 PUTRAJAYA: The first group of beneficiaries of the Malaysian Family Housing Initiative, or “Rumah Ikram Keluarga Malaysia”, can now breathe easy as they have finally received much-needed help for their rental and housing woes.

The government’s newly-launched housing initiative aims to provide assistance to those who are struggling with rent and housing-related issues following the Covid-19 pandemic, with recipients being exempted from rent for six months and the waiver starting from the date they received the keys to their units.

One of the recipients, 30-year-old Nurrul Naqiah Sulaiman said rental was a huge problem for her as she was the family’s sole breadwinner, earning RM2,000 a month after her husband lost his job.

With no other solution in sight, the couple and their two children, one of whom is autistic, were forced to move in with her in-laws due to their financial constraints.

“We were forced to live with my in-laws and this caused us so much stress as we felt we were a burden to them as there were so many of us staying under one roof,” she said, adding that it was a challenge as her autistic child needed close attention and more space.

Nurrul Naqiah was among the first five beneficiaries of Rumah Ikram Keluarga Malaysia who received their house keys from Prime Minister Datuk Seri Ismail Sabri Yaakob at the launch of the initiative here, today.

All five beneficiaries will live in houses located at the Lembah Subang 2 People’s Housing Project (PPR).

The initiative, managed by the Housing and Local Government Ministry, will act as a sanctuary for those who lost their jobs and also those whose income has been reduced to a point that they could no longer afford rentals and forced to move in with their relatives after being evicted from their rented premises.

Houses under the Rumah Ikram Keluarga Malaysia initiative are available in PPR areas around Kuala Lumpur, Selangor, Kedah, Kelantan and Johor with a minimum monthly rent of RM124 for a maximum duration of two years.

Sally Sick, 45, said she was touched and grateful to have been selected as a beneficiary of the initiative as she could hardly afford to rent a house after her income was affected by the Covid-19 pandemic.

“I have only begun conducting business online, so income is scarce. It’s really stressful with the pandemic as incomes are affected and rentals are expensive,” she said.

She was even more delighted with the prime minister’s announcement of a six-month rent exemption for the initiative’s beneficiaries, starting from the date they received their keys.

Meanwhile, Hamidah Mohamad, 36, was relieved at being able to live in her own home as she and her entire family were going to have to move out of her in-laws’ house soon.

She and her husband, along with their two children, aged six and one, are currently among the 10 people living together there.

“It is really tough but we are forced to do so because we’ve been badly affected by the pandemic,” she added.