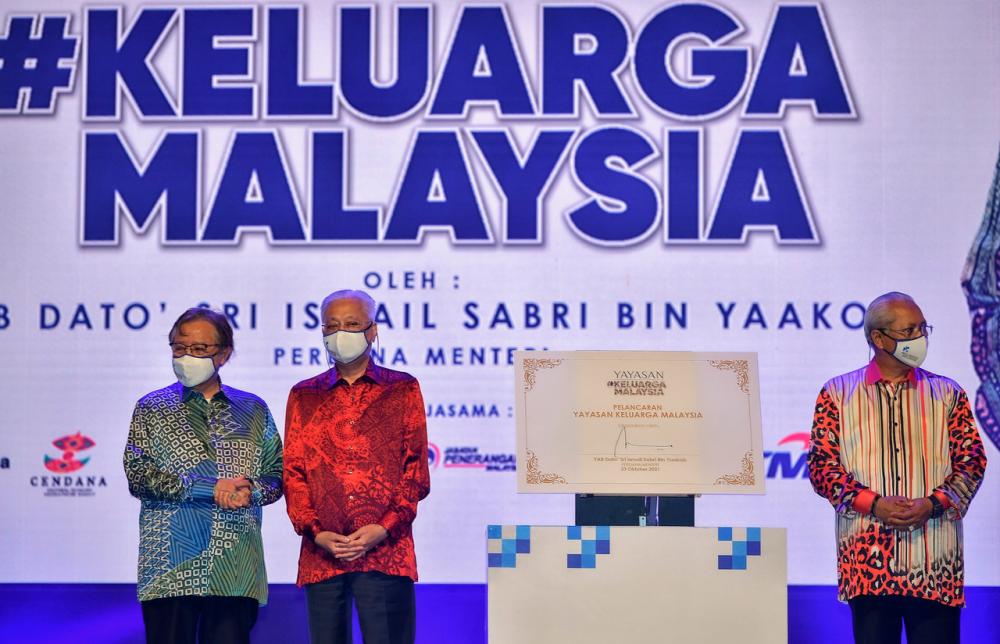 He explained that the idea is the spirit that the government had instilled in the administration of the country, where the interests and well-being of the people are preserved, just like taking care of a family.

For example, Ismail Sabri said that in a family, any child who is weak in his or her studies would definitely be given more attention.

“What more family members who are less fortunate in life... surely, we will offer help and not leave them on their own.

The Prime Minister said that in line with the Malaysian Family concept, the country’s socio-economic development in the less developed states would continue to be given priority.

He said that besides Sabah, Kelantan, Terengganu, Kedah and Perlis, Sarawak would also be given special focus by the government in efforts to bridge the economic development gap with states in Malaysia to ensure economic prosperity could be enjoyed fairly and equally by the people.

“For this purpose, at least 50 per cent of the entire expenditure for basic development under the 12th Malaysia Plan (12MP) will be distributed to these six states.

He added that the same approach would also be the highlight of Budget 2022 to be tabled next week.

Ismail Sabri introduced the Malaysian Family agenda, which is based on the values of inclusiveness, togetherness and gratitude in his inaugural speech after being appointed as the ninth Prime Minister in August.

1.Real Madrid dispatch 10-man Inter to go through top of the group

4.Walker sent off as Man City crash at RB Leipzig

5.Mbappe and Messi double up in PSG victory