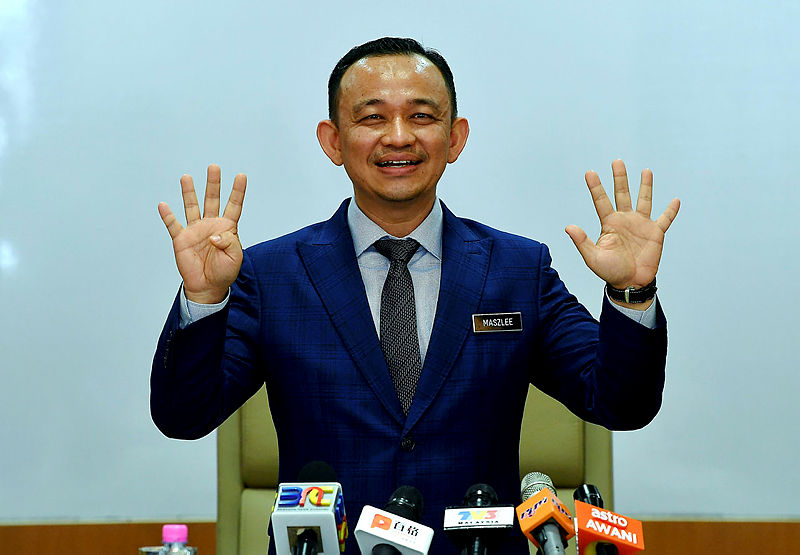 PETALING JAYA: Things are not going well for Education Minister Maszlee Malik (pix) who has one of the toughest portfolios in the Cabinet.

By most accounts, his performance has not been up to par.

Petitions calling for his resignation have reportedly garnered substantial support.

Maszlee is quite well-qualified academically and getting to grips with the educational needs of the nation’s young should be a breeze.

Unfortunately, almost all that he has said, proposed or suggested since taking the job on May 21 last year has been greeted with incredulity at best, and anger at worst.

The latest controversy, and the most disconcerting especially for non-bumiputras, is the matriculation quotas.

By equating it with the perceived discrimination in the job market, he drew a lot of flak.

The quota system, as well as recognition for the Unified Examination Certificate, are among the most controversial issues to beset the education system.

However, support for him has come from several quarters, and more importantly, they are the stakeholders that matter.

The National Union of Teaching Profession (NUTP) is of the view that he has already put in a lot of effort to rectify decades-old policies that have brought the education system to its knees.

NUTP president Aminuddin Awang pointed out that Maszlee has made the ministry more open and engaged at various levels.

“For instance, he did not act against students when they demanded his resignation from the IIUM (International Islamic University Malaysia) presidency.

“Instead he chose to embrace them and even met them,” he said.

When the NUTP was vocal about weaknesses in the ministry, he said Maszlee decided to address issues that plague the education system rather than look the other way.

“He gave the go ahead for the setting up of student unions and free elections in universities. He got rid of Section 15(2)(c) of the University and University Colleges Act last December,” Aminuddin added.

Under Section 15(2)(c,) students were barred from involvement in political organisation.

Another important stakeholder that supported Maszlee is the Malaysian Academics Movement.

Its president, Prof Dr Zaharom Naim, has very scathing remarks for those who seek Maszlee’s departure.

He refers to their petitions as “stupid”, “personal” or “racial”.

“The problem is not Maszlee. It’s the education system that badly needs reforms,” he told theSun.

“They should examine, analyse and critique the system and offer alternatives, not attack a person who, admittedly, made a silly comparison.”

To his credit, Maszlee has chosen to take on a conciliatory tone.

He has even announced that the ministry is looking into merging matriculation and STPM in terms of grading and syllabus.