Malaysians must unite to live prosperously in this blessed country 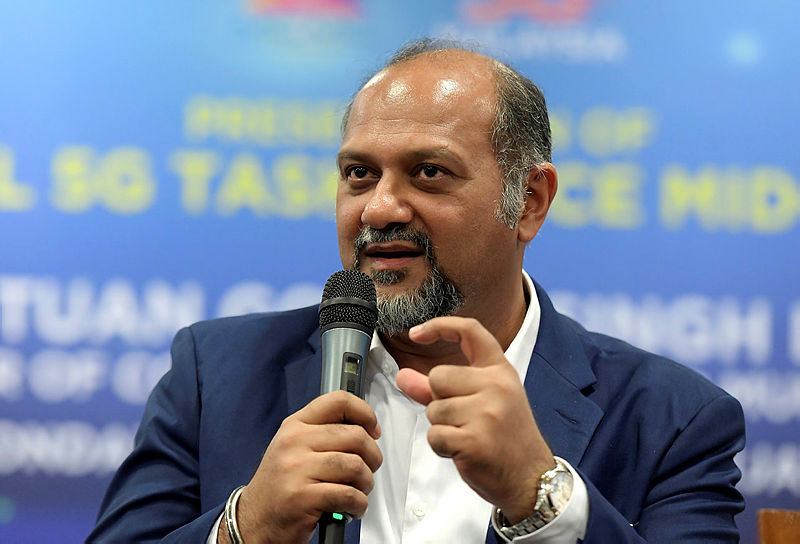 CYBERJAYA: All Malaysians must unite as best friends as they share the same hopes, dreams and goals, namely to live a prosperous life in this blessed country.

In making the call, Communications and Multimedia Minister Gobind Singh Deo (pix) said the spirit of the 62nd National Day which will be celebrated soon can serve as a foundation for a united society based on mutual respect giving rise to a clean, peaceful and prosperous Malaysia.

“Let us together fuel our love for the country by ensuring that Jalur Gemilang is not only installed in government offices but also in private buildings and business premises,” he said at the 2019 Merdeka Fun Ride programme here today.

The text of his speech was read out by the ministry’s secretary-general Datuk Suriani Ahmad at the programme, which was organised by the Malaysian Communications and Multimedia Commission (MCMC).

The programme was attended by 500 people of various races representing agencies under the ministry and representatives of broadcasting and telecommunications service providers, and postal and courier services. Also present was MCMC chairman Al-Ishsal Ishak.

According to Gobind, the programme seeks to foster the spirit of cooperation and solidarity in an atmosphere of goodwill between agencies under the ministry and industry players.

It is an important platform to strengthen each other, thus creating a healthy culture among people of different races to celebrate the country’s independence, he said.

Meanwhile, Al-Ishsal, when met, said the involvement of the various races in the programme reflected the spirit of patriotism and love for the country as society grappled with the challenges of social media.

He said as the organiser, MCMC wanted to show that the Malaysian society was not unduly influenced by the challenging issues that were rampant on social media and that all the people loved peace.

He said they also wanted to show that they are one family and players in the telecommunications industry can be together for the country. He also accompanied Suriani on a 10km cycling ride.