Malaysians should not worry about IS retaliation after leader’s death 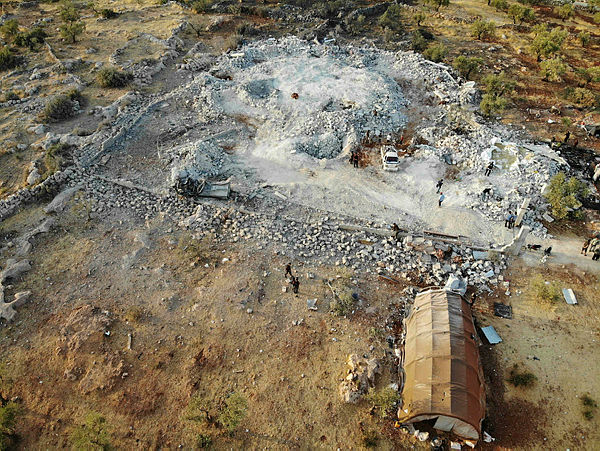 An aerial view taken on October 27, 2019 shows the site that was hit by helicopter gunfire which reportedly killed nine people near the northwestern Syrian village of Barisha in the Idlib province along the border with Turkey, where “groups linked to the Islamic State (IS) group” were present, according to a Britain-based war monitor with sources inside Syria. — AFP

PETALING JAYA: Malaysians are out of harm’s way despite an expected retaliation by the Islamic State (IS) over the killing of its leader Abu Bakr al-Baghdadi on Saturday.

Terrorism expert Prof Dr Mohd Azizuddin Mohd Sani attributed this to the success of police in keeping the number of Islamic State supporters down.

Nonetheless, the professor of politics and international relations at Universiti Utara Malaysia said it was still a good idea to beef up security in the country for now “just to be safe”.

He was commenting on the announcement by US President Donald Trump that al-Baghdadi was killed in a raid led by United States military forces in the Idlib province of north-western Syria.

In his announcement on Sunday, Trump said “the United States brought the world’s number one terrorist leader to justice. Abu Bakr al-Baghdadi is dead.”

Trump said al-Baghdadi ran into a dead-end tunnel in the village of Barisha to escape the invading forces. While in the tunnel, he ignited an explosive vest, killing himself and three of his children.

“Sleeper cells will seek revenge for al-Baghdadi’s death,” said Mazloum Abdi, the top commander of the Syrian Democratic Forces which is also the de facto army of the Kurdish administration that holds thousands of IS fighters in custody.

In response to a query, Inspector-General of Police Tan Sri Abdul Hamid Bador said police “will always be vigilant against any attempt to disrupt the country’s peace and are ready to act accordingly to thwart them”.

Azizuddin pointed out that al-Baghdadi’s death, if proven with visual evidence, would demoralise IS militants around the globe.

3G network to be shut down by end of the year

Back from UN, Bolsonaro son tests positive for Covid

Withdrawing, limiting license based on age should be last resort - Wee

1.Schools in Phase Four states must be fully prepared for reopening - Radzi Jidin

2.Annuar reminds artistes to accept vaccine and not to be ‘self-centric’

3.3G network to be shut down by end of the year

5.Back from UN, Bolsonaro son tests positive for Covid