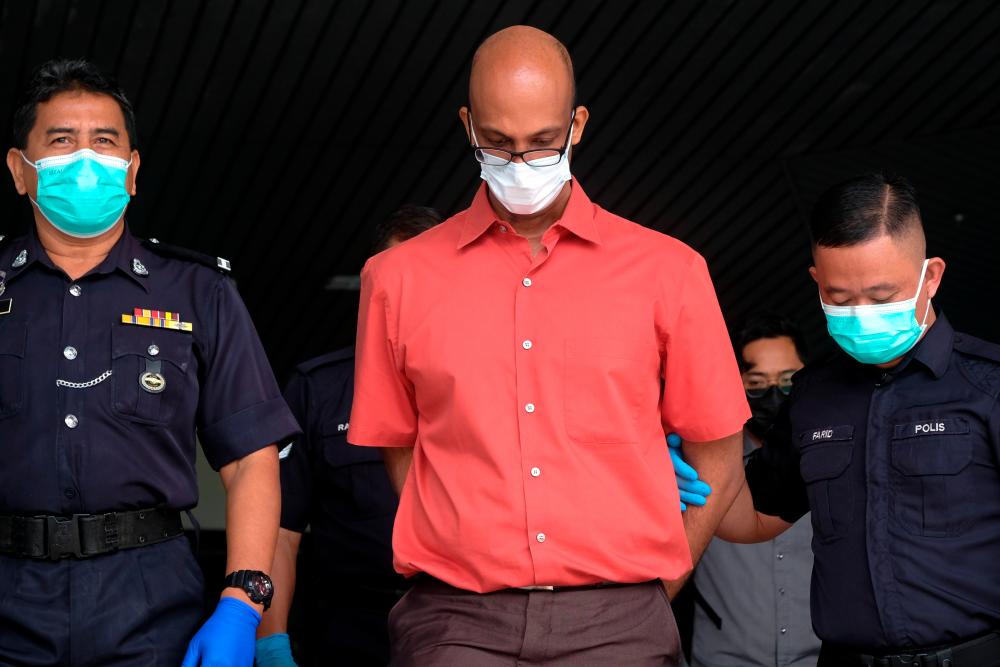 MELAKA: A man was today charged in the Ayer Keroh Sessions Court here for making and posting disparaging remarks against the royal rulers and Islamic religion on Facebook.

The accused, Prajiv Lionel Proctor, 39, however, pleaded not guilty to the charge which was read out to him before judge Nariman Badruddin.

Protor, a bachelor, was charged with committing the offence by posting the contemptuous remarks which could be read by netizens on the “Bantal Busuk” Facebook profile page.

The offence was allegedly committed at about 1pm at KM4 Bukit Piatu, Melaka Tengah district on Dec 29, 2019.

However, counsel Tan Chow Teng, representing the accused, requested for a bail of RM3,000, saying that Proctor, a volunteer with a non-governmental organisation, has cancer of the thyroid, obsessive compulsive disorder (OCD) and attention deficit hyperactive disorder (ADHD), besides looking after his old parents while not having a steady income.

The accused was also represented by counsel Cassian Anthony and Andy Fong.

Judge Nariman then allowed the accused bail of RM5,000 with one surety and the case mention was set for Jan 17, 2022. — Bernama