Man gets beaten up at Klang High Court compound 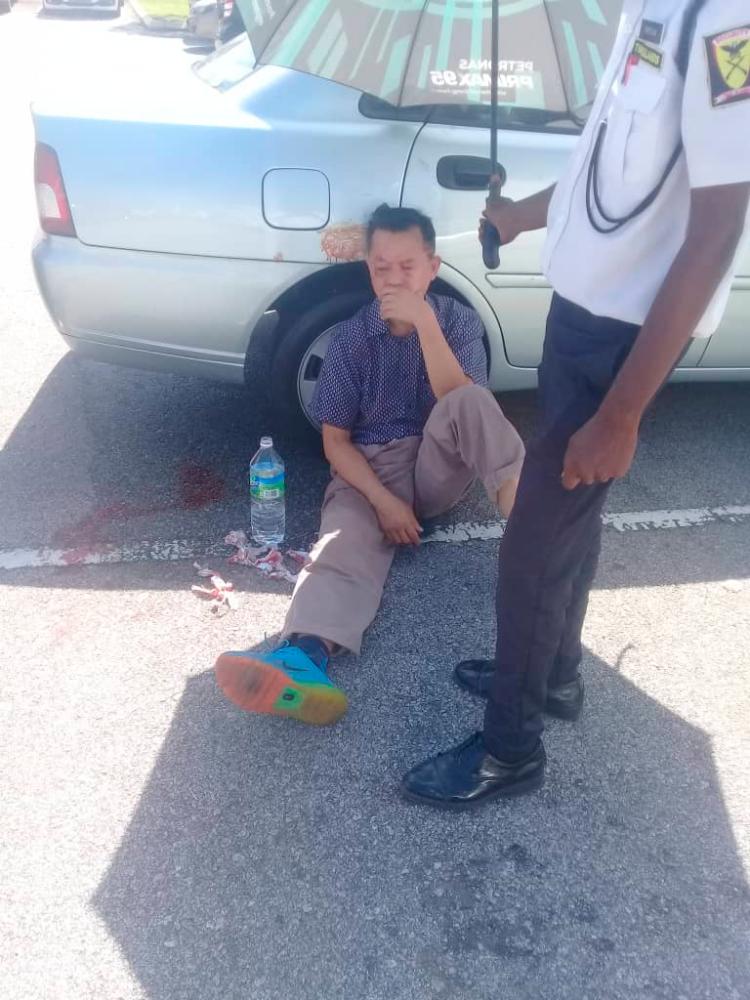 PETALING JAYA: The husband of a woman who was being charged at the High Court in Klang for cheating was assaulted at the parking lot of the court last week.

The woman’s lawyers, Preakas Sampunathan and Teeruvarasu K. Muthusamy, told theSun that the incident happened on Jan 22 at about 11am.

“The incident saw 47-year-old Gan Kian Teck (pix) bashed at the parking lot within the court vicinity, leaving him bloodied and sustaining injuries to his eyes and head.“

His wife was in the courtroom when he went to his car to collect some belongings.

Two men suddenly approached and attacked him with a helmet and also kicked him several times.

“He shouted for help before the assailants got away on a motorcycle,” Teeruvarasu said, while expressing concern on the safety of the public, lawyers and judges who could at any time be victims of such crimes as it happened within court grounds.

“We wrote in to the Chief Justice’s office to request extra security measures within the court compound to prevent cases like this from recurring,“ he said.

Gan’s wife was charged for allegedly cheating her investors after her investment business failed.

Teeruvarasu said the couple had been receiving threatening calls allegedly from her investors.

“The investors had also tried hiring debt collectors to scare them and force them to return the investment money.”

South Klang police chief ACP Shamsul Amar Ramli confirmed a report was lodged over the matter and investigations are ongoing.

He added that several arrests have been made.

“The case is being investigated under Section 324 of the Penal Code for voluntarily causing hurt by dangerous weapons or means.“