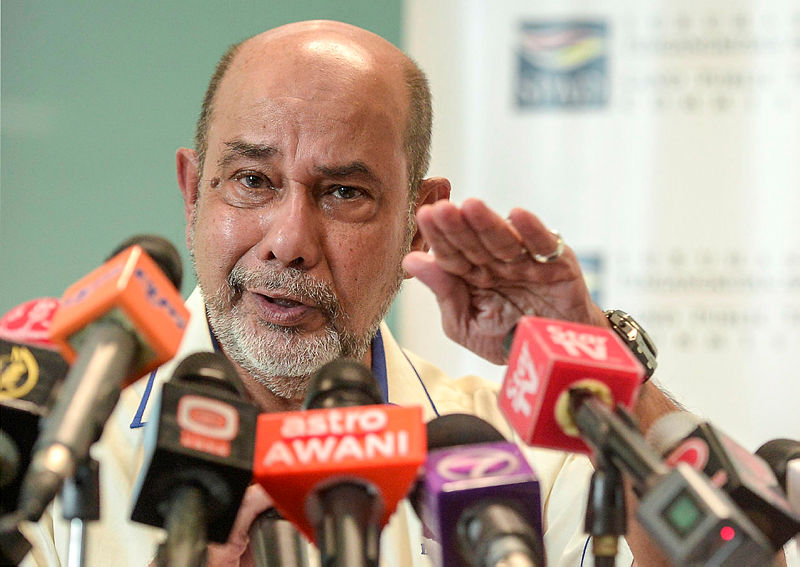 KUALA LUMPUR: The move by the government to make it mandatory for all members of parliament (MPs) to declare their assets is a wise measure to open up a new perspective in the country’s politics

Several former elected representatives believe the move would enable the authorities to detect any new asset or property owned by members of parliament especially those who hold high posts in political parties.

Former Kota Tinggi MP who was also the former Foreign Minister, Tan Sri Syed Hamid Albar (pix) said the measure should be welcomed by all MPs to prove the transparency of their financial affairs and asset ownership.

“I think it’s a good move ... to enhance the image of members of parliament. The people would be able to know how and when they have assets, before or after,” he said when contacted by Bernama.

On July 1, Dewan Rakyat unanimously passed the motion to make it mandatory for all members of parliament to declare their assets.

Based on the motion, all members of parliament need to declare their assets apart from their wife or husband, children as well as trustee holders made under statutory declaration.

The statutory declaration would later be submitted to the Speaker of Dewan Rakyat within three months from the date the motion was passed and a copy would be sent to the chief commissioner of the Malaysia Anti-Corruption Commission (MACC).

A list of members of parliament who have declared their assets would be displayed at MACC portal and only the details of asset declaration would displayed at the portal for three months from the date the statutory declaration was received by MACC.

MPs who fail to do so would be referred to the Parliamentary Rights and Privileges Committee under Standing Order 80 of Dewan Rakyat for violating the rights and privileges of the house.

If a member of parliament is found making a false declaration, the individual would be subject to Section 3 of Act 783 and Section 199 of the Penal Code and if convicted, could be sentenced under Section 193 of the Penal Code which provides for a maximum of three years in jail and fine.

Commenting on the move, Kempas assemblyman Datuk Tengku Putra Haron Aminurrashid Tengku Hamid Jumat said the measure is good and should be supported by all.

He stressed that when an elected represented declared his assets, it would facilitate the authorities to detect any movements or flow of their new money or assets.

“It is a good move to detect from where the money or wealth is coming from especially those in their first term,” he added.

Meanwhile, Jeram assemblyman Mohd Shaid Rosl proposed that assemblymen and their families as well as MPs should declare their assets to curb the element of money laundering of bribes.

“Ministers and assemblymen should explain of their wealth which exceeded their income. We need to enforce the matter as law. This shows the transparency of the government in eradicating corruption among MPs and assemblymen,” he added. — Bernama