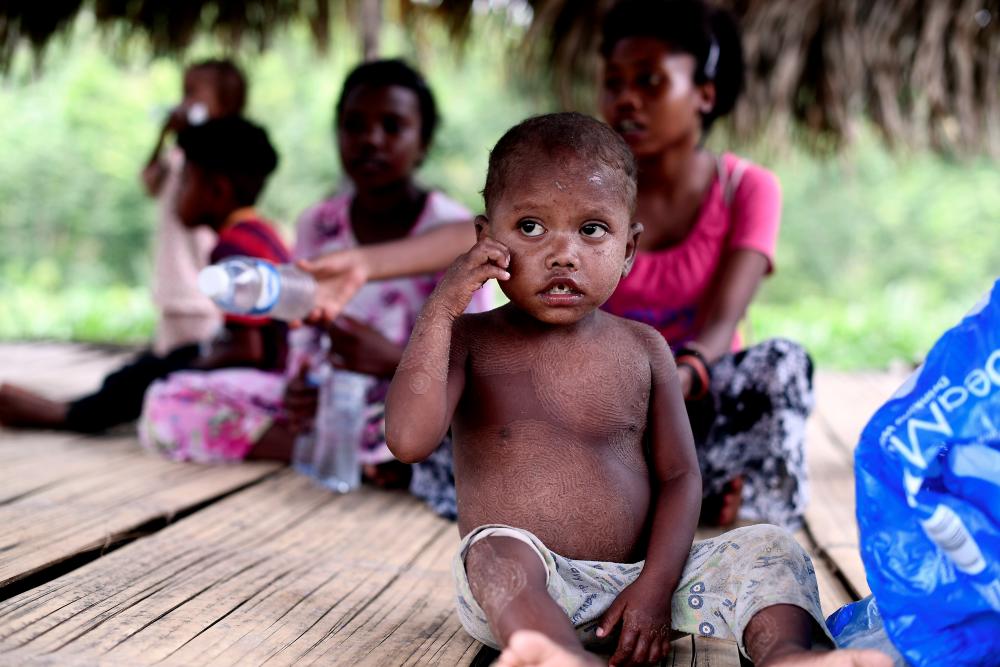 A child from the Batek tribe rests in a hut at their permanent settlement in Kuala Koh, Gua Musang on June 11, 2019. — Bernama

GUA MUSANG: A large number of the over 100 orang asli from the Batek community of Kampung Kuala Koh here, whom prior to this moved into the jungle after a disease ravaged their village over a month ago, have started to return home.

They had started to return to their homes, which were built under the Housing Assistance Programme by the orang asli Development Department, since two days ago, after they were convinced that the disease would not proliferate.

An orang asli resident, Kulim Tebu, 72, said he believed that the disease was no longer spreading and the community was now able to obtain clean water which was available at all times.

Prior to this, he said he and the other residents were forced to leave the village and stayed in tents in the jungle and river banks because the village had run out of clean water for their daily needs.

“We are also relieved too at being able to return home while clean water has been provided by numerous government agencies,“ he said.

Another orang asli resident, Mamat Pokok, 21, said clean water supply was provided prior to this but the residents were forced to find their own supply after the pipes were damaged.

As such, he said that the residents were forced to set up tents on the river banks to ease their need of water for daily use.

“We returned home yesterday with our families after all the facilities especially clean water were provided,“ he said.

He said the relevant government agencies and departments must take cognisance at all times to solve the problems faced by the orang asli.

In addition, over 100 orang asli had received treatments while four were reported to be still critical, namely, three at the Kuala Krai Hospital and one at the Raja Perempuan Zainab 11 Hospital, Kota Baru. — Bernama