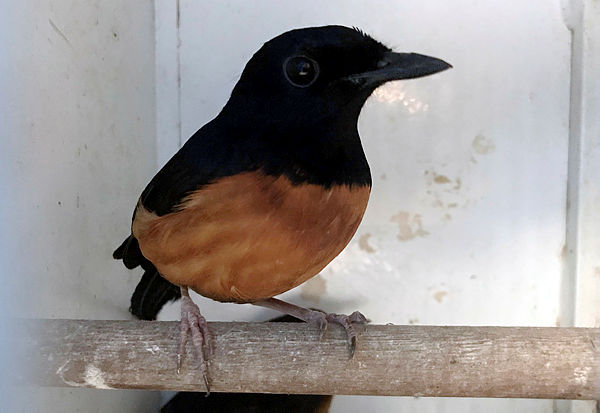 Filepix of a white-rumpred shama, which is a protected species in Malaysia — Bernama

‘’The boat was carrying about 40 cages with numerous species of birds including Murai batu (white-rumped shama) which is a protected species under the Wildlife Conservation Act 2010.

‘’We believe they were trying to smuggle the birds to Indonesia. The birds and boat seized are worth about RM45,000,’’ he said in a statement here today.

He said MMEA was also assisted by the Wildlife and National Parks Department (Perhilitan) of Johor for purpose of investigation under Section 60(1) Wildlife Conservation Act 2010.

He said the ship would be investigated under Section 491B (1) of the Merchant Shipping Ordinance 1952, namely, anchoring without permission and if found guilty could be fined not exceeding RM100,000 or two-year jail or both.

‘’The detention is also to prevent robbery at sea other than dropping anchor without permission especially in the waters of Permatang Timur, Tompok Utara and Beting Ramunia,’’ he said.

He said MMEA would continue to boost enforcement operations to check and eradicate criminal activities in the East Johor waters other than urging ship owners to seek permission from the Marine Department Malaysia before dropping anchor. — Bernama